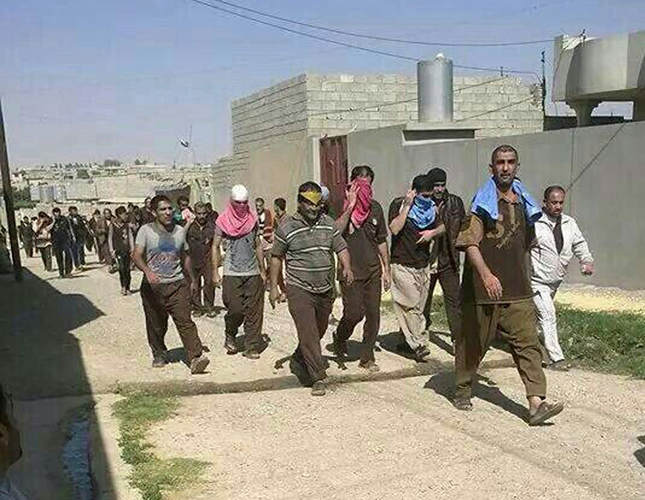 by Daily Sabah with AA Nov 23, 2014 12:00 am
A mass grave containing around 60 bodies has been reportedly found after flooding water retreated in Mosul, Iraq on late Saturday.
Local sources stated that the bodies with prisoner outfits were found near Badush Prison in Old Mosul after two days of heavy rain and flood.

It was reported that the dead were from southern provinces of Iraq, of which Shiites form the majority.

It had earlier been reported that three thousand prisoners escaped from Badush Prison - one of the largest in Iraq - as the self-proclaimed Islamic State of Iraq and al-Sham (ISIS) captured Mosul, while it was claimed that the Shiite prisoners were prevented from escaping and murdered through mass executions.