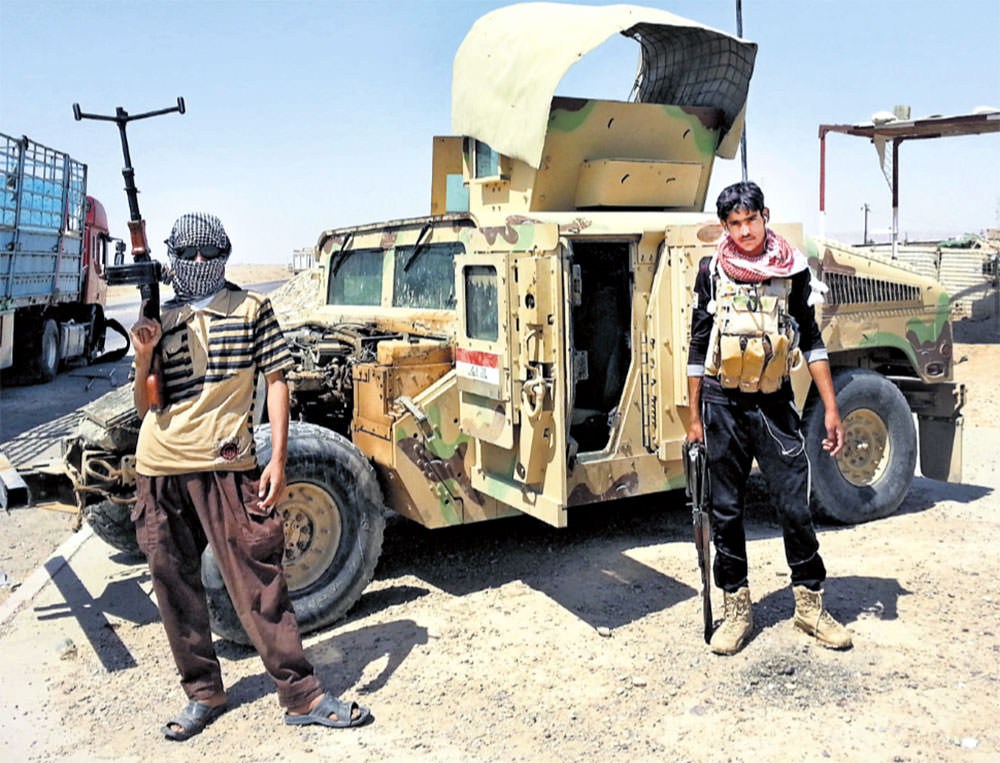 Despite the ongoing attacks on ISIS positions in Iraq and Syria and increased alert on the flow of the militants, many Europeans from several countries including the UK and Germany still continue to join ISIS

Although European countries are attempting to deal with the threat posed by the self-proclaimed Islamic State of Iraq and al-Sham (ISIS) militants by inspecting suspicious individuals and groups, like Belgium has been doing with the group named Sharia4Belgium, thousands of European militants continue to enter Iraq and Syria to fight on the side of ISIS against the Syrian regime, Western-backed opposition groups, armed Kurdish
factions, Iraqi forces and the U.S.-led anti-ISIS coalition.

U.K. Labour Party Deputy Khalid Mahmood said on Sunday as many as 2,000 British are fighting alongside ISIS militants in Iraq and Syria. Although British officials claim that around 500 U.K. citizens are fighting for ISIS, the senior Muslim deputy said, "Authorities say there are 500 British jihadists but the likely figure is at least three to four times that. I think 2,000 is a better estimate. My experience in Birmingham is it is a huge, huge problem." British newspaper the Daily Telegraph quoted from a social media post that says 20 U.K. citizens join ISIS every day.

Recently, it was reported that two British citizens Abu Abdullah al-Habashi, 21, and Abu Dharda, 20, both from London, died during the fights in Kobani, a Kurdish town in northern Syria, near the Turkish border.

British officials refused to disclose the number of people who were arrested in the U.K. for having relations with ISIS, adding that the figure is very small and that the borders are worryingly porous. Mahmood criticized the government by saying, "The Government does not have a significant amount of people at border control. The fact is these jihadists are coming in and going out without almost ever being arrested. We have had hardly any arrests. We have had people coming back in after six months in Syria and they are not being picked up."

German Interior Minister, Thomas de Maiziere, said hundreds of Germans have left their home country to fight alongside militants in Syria and Iraq. "We estimate 550. Just a few days ago we had 450," the minister told German television channel Phoenix on Friday. "These young people were radicalized in Germany, within this society. That's why prevention must be accompanied by repression," he added. De Maiziere said authorities are keeping a close watch on some 230 more people on German soil who are considered potential threats. "We cannot exclude, and in certain cases it's actually quite possible, that they are preparing an attack," the minister said.

Sweden is also one of the European countries whose citizens fight for ISIS. Sweden's Intelligence Chief on Saturday confirmed, "There has been a hundred cases of people who have left to join the fighting, then there are the presumed cases, and then there are those that have not been counted, which brings the total to between 250 and 300."

"A certain number of young Swedish men are leaving and training in camps, learning to become terrorists to use explosives and weapons," he said. "They're going beyond the limits of human behavior," he said. "They're fighting and killing other people." On their return to Sweden, some are seen as ready to commit terrorist acts at home and have been placed under strict surveillance, the intelligence official added. Sweden announced late October that it would pass a law banning citizens from taking part in foreign armed conflicts.

In the face of the growing number of British Muslims travelling to the Middle East to take part in ISIS battles, Britain has started taking serious measures to tackle the increasing radicalization among British youth. In response to the growing terrorist threat "exceptionally high numbers of counter-terrorism investigations" have been carried out by the British police.

As part of tackling the terrorist threat, the British government has launched de-radicalization programs with the aim of rehabilitating British fighters returning from battle in Syria and preventing them from becoming radical. Apart from the de-radicalization policy, the government plans to increase the authority of the police and intelligence service to track down militants. Home Secretary Theresa May will soon outline the reforms in the Counter-Terrorism and Security Bill.

Many European countries implement de-radicalization programs as part of counter-terrorism operations in order to hold terrorist threats at bay. Ever since the rise of ISIS, European countries have been increasingly anxious about their countries turning into ISIS-recruiting hubs. The increasing number of Europeans who have fought as ISIS militants in Syria and Iraq has led to growing concerns.

It is believed that there are more than 3,000 Europeans who have joined Islamist fighters in Syria and Iraq as of October 2014, according to EU counter-terrorism chief Gilles de Kerchove's statement on September 23.