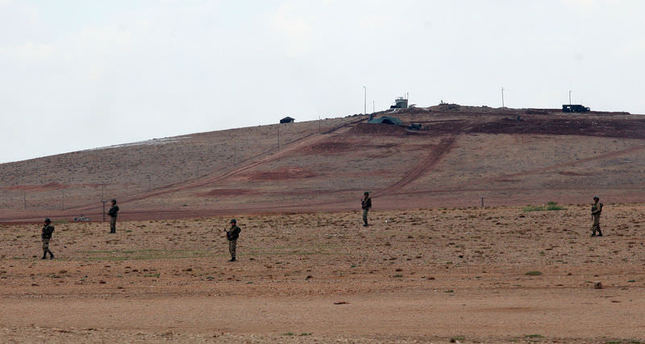 by Nov 25, 2014 12:00 am
The main Western-backed Syrian opposition alliance said on Monday that the U.N. Syria envoy's plan for local cease-fires across the war-torn country should be accompanied by "safe zones" and a ban on government air raids. The National Coalition, recognized by Western and most Arab countries as the only legal representative of the Syrian people, said that "no presence of the regime or its militias" should be allowed south of 33 degrees latitude or north of 35 degrees. The proposed safe zones would cover opposition strongholds around Daraa in southern Syria as well as most of the northern half of the country.

The coalition said any political process would have to be in line with the internationally backed Geneva framework, which calls for a transitional authority to be formed by agreement between the government and opposition.

U.N. Syria envoy Staffan de Mistura has proposed local "freezes" to the conflict, starting with the key northern city of Aleppo where rebels are under pressure from resurgent regime forces. A freeze in Aleppo could form a "building block" for similar processes elsewhere in the country, de Mistura has said. The envoy's focus on "terrorism" and the threat posed by the Islamic State of Iraq and al-Sham (ISIS) organization has angered the opposition. They fear their international backers are losing interest in the fight against the regime of President Bashar al-Assad, which they argue is responsible for worse abuses than ISIS and represents the root cause of the conflict. Neighboring Turkey has also called for a safe zone inside northern Syria, but the idea has received little support from Western states.