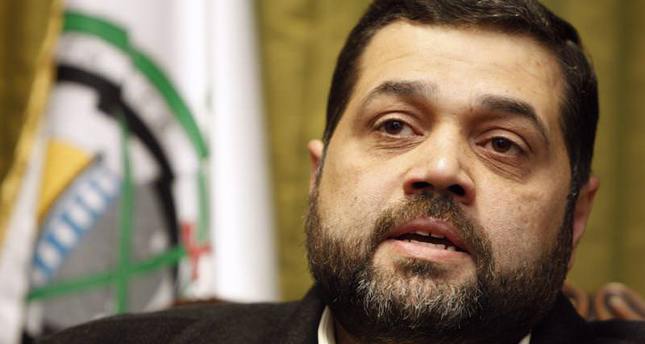 by Büşra Akın Dinçer Nov 28, 2014 12:00 am
The top representative of Hamas in Lebanon, Osama Hamdan, has denied Israel's claims that the more than 30 Hamas fighters caught on Thursday in the occupied West Bank were trained and recruited in Turkey. As one of the top representatives of Hamas in Lebanon and a member of the organization's top brass, Hamdan denied the claims, saying that Turkey has nothing to do with the Hamas fighters who were arrested in Israel. "This is a story made up by Israel," Hamdan told Daily Sabah. "I can say this for certain this is a big lie. They say these lies about Turkey or Jordan for political reasons. They know that after their attack in Gaza there is huge sympathy for Palestine from Europe, from Latin America.

"Also there is huge sympathy for Turkey. TheTurkish government, politically, stands by the rights of Palestinians. They are trying to create stories about militant activities outside Palestine and involve these coutries in it. These countries are not supporting terrorist actions. They are supporting Palestinians against occupation. What Israelis say about training and recruiting in Turkey is a big lie," he added.

Hamdan also denied claims about the planned attacks on Jerusalem. He said that those 30 men arrested in Israel were activists not members of al-Qassam Brigades."Everyone knows that al-Qassam brigades were inside occupied land and they have never, ever practised military operations outside the occupied land. There is no declaration until now from al-Qassam saying that those men were members of Hamas."

According to Shin Bet, the militants were planning an attack on Jerusalem's largest stadium, Teddy Stadium, and carrying out differnt kind of attacks like car bombings or kidnapping Israelis.