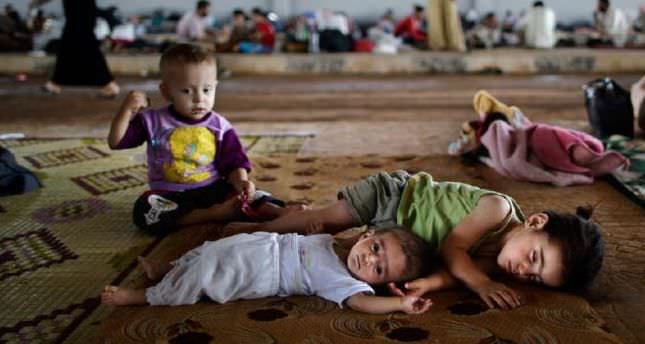 by daily sabah Nov 29, 2014 12:00 am
As thousands of Syrian children flee to Turkey, one of the neighboring countries that provides humanitarian assistance to Syrian refugees, the number of Syrians born in Turkey has been gradually on the increase. The Turkish Disaster and Emergency Management Agency reported in September that it has registered 30,000 babies in 24 refugee camps set up in 10 provinces. Many of the refugee children have received their Turkish identity cards to help them benefit from the Turkish government's refugee programs. Yet, only those whose family could provide Syrian nationality have been able to obtain Turkish identity cards.

Despite thousands of children being born in refugee camps, it is estimated that even more Syrian babies have been born outside the camps. Since the outbreak of the Syrian civil war, Turkey has received well over a million Syrian refugees. Turkey, which shares a 900-km border with Syria, still maintains its open-door policy to those fleeing the Syrian civil war. The total number of Syrian refugees in Turkey is estimated to be above 1.6 million, the U.N. refugee agency has reported. Regarding Turkey's response to the massive influx of Syrians, significant contributions have been made so far in order to provide solutions for improving situations in refugee camps.