Britain opens new military base in the Middle East since 1971 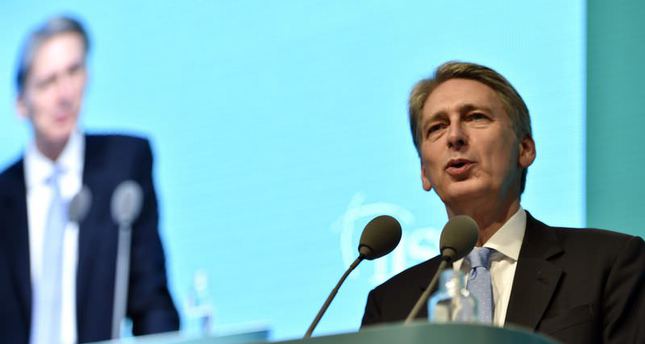 Britain is to open a new military base in Bahrain, both countries have announced. The new military base will be Britain's first permanent base in the Middle East since it formally withdrew from the region in 1971.

The new base is said to be part of a deal signed between the two countries which aims to enhance cooperation in tackling security threats in the Middle East.

Gulf states including Bahrain have found common ground with the United States and European powers in their fight against the self pro-claimed Islamic State in Iraq and al-Sham (ISIS) militants.

Bahrain has been part of the coalition forces, led by the US, carrying airstrikes against the self pro-claimed ISIS attacks in Iraq and Syria.

The agreement was reached at the annual Manama Dialogue regional security summit in Bahrain.

It means Britain will have a place to plan and store equipment and will be able to add to the four mine-hunter warships based in Mina Salman Port, where Britain currently uses US facilities. The base will cost £15 million to build ($23 million, 19 million euros).

"This new base is a permanent expansion of the Royal Navy's footprint and will enable Britain to send more and larger ships to reinforce stability in the Gulf," said defence secretary Michael Fallon.

"We will now be based again in the Gulf for the long term."

Britain withdrew from bases in the Gulf in 1971 as part of its plan to pull out from "East of Suez".

Nicholas Houghton, head of the British armed forces, told BBC radio: "It's the strategic importance of this. Rather than just being seen as a temporary deployment to an area for a specific operational purpose, this is more symbolic of the fact that Britain does enjoy interests in the stability of this region."

"Bahrain looks forward to the early implementation of today's arrangement, and to continuing to work with the UK and other partners to address threats to regional security," Khalid said.


Britain ended its troop presence in southern Iraq in 2009, leaving their bases in Basra built after the 2003 invasion, and also retains two sovereign bases on Cyprus in the Mediterranean.