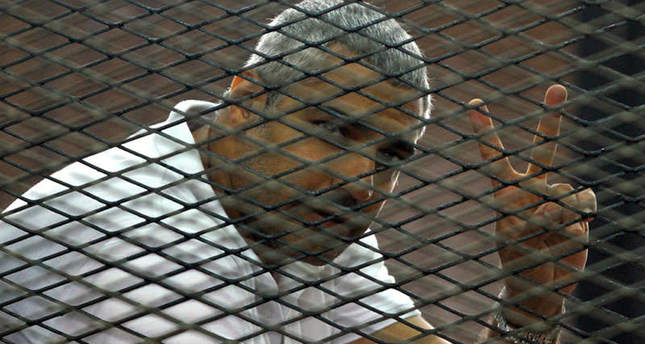 Jailed Al-Jazeera reporter Mohamed Fahmy, an Egyptian-Canadian national, has renounced his Egyptian citizenship, his family said on Tuesday, paving the way for his release and deportation under a presidential decree.

The move comes after Canadian Foreign Minister John Baird said late on Monday that Fahmy's release was "imminent", following the freeing on Sunday of his Australian colleague Peter Greste.

The two men were arrested in December 2013 along with Egyptian producer Baher Mohamed, and later sentenced to up to 10 years in prison on charges of aiding the Muslim Brotherhood.

"His signed the papers more than a week ago" renouncing his citizenship, a relative of Fahmy told the press agency AFP on condition of anonymity.

An Egyptian official following the case told AFP: "The final legal procedures for his deportation are being completed."

He said Fahmy's renunciation of citizenship had already been finalised.