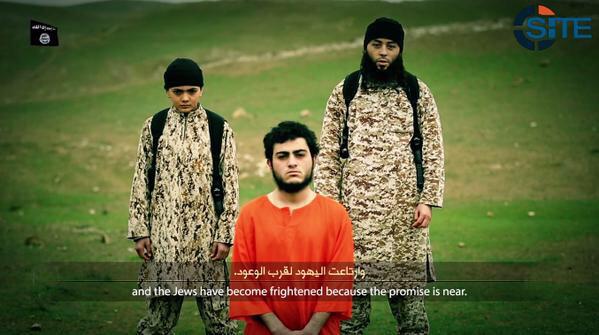 The self-proclaimed Islamic State in Iraq and al-Sham (ISIS) has posted a video through Twitter accounts with close ties to them showing the execution of the alleged Israeli spy, Israeli-Arab Muhammad Musallam on Tuesday, media sources reported.

The video shows Musallam sitting in a room wearing an orange jumpsuit, talking about how he had been recruited and trained by the Israeli intelligence service, Mossad. It later shows him in a field and executed by a child who shoots Musallam with a bullet to the head.

Musallam, a 19-year-old Israeli-Arab from East Jerusalem, has been captured by the militants in Syria after travelling to the country since November 2014.

The authencity of video has not been confirmed, though the Israeli authorities have said that they were aware of the video, according to Reuters.