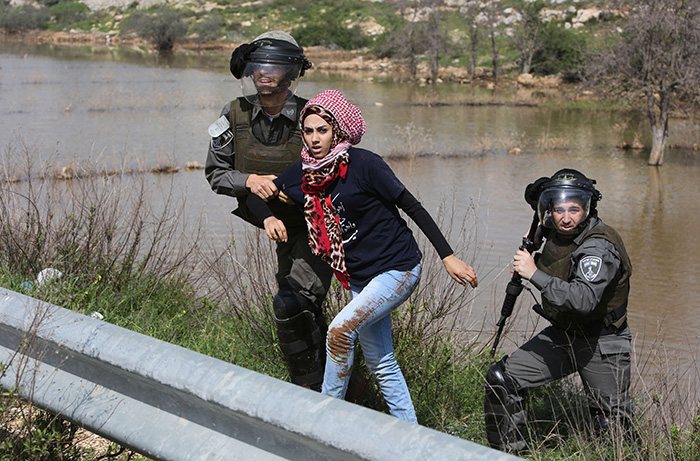 by Anadolu Agency Mar 11, 2015 12:00 am
The Israeli army detained 10 Palestinians in a series of raids in different parts of the occupied West Bank early on Wednesday, eyewitnesses said.

Two other Palestinians were detained in the northern city of Nablus after the Israeli soldiers searched their homes, the witnesses added.

The incursion prompted clashes between local residents and the Israeli troops, during which the latter used teargas and rubber bullets to disperse the angry crowd, the witnesses said. No injuries were reported.

The Israeli army has yet to issue an official statement on Wednesday's raids.