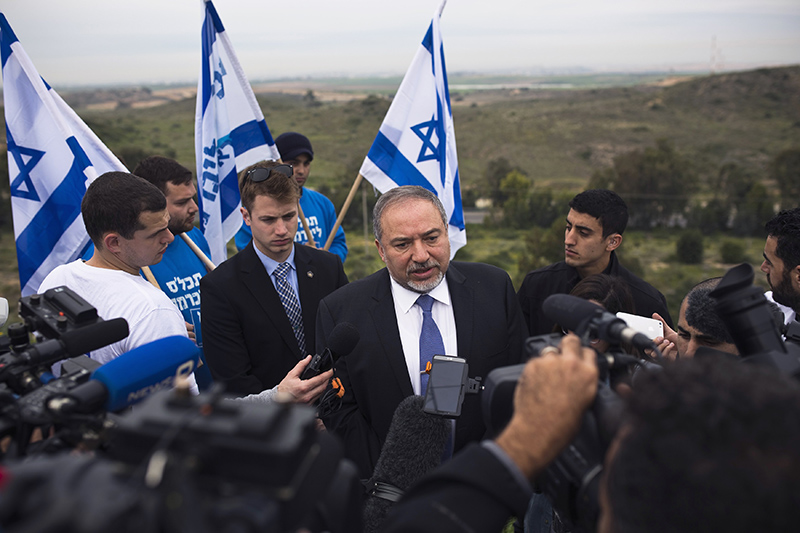 by Nurbanu Kızıl Mar 11, 2015 12:00 am
Ahmet Tibi, the Arab-Israeli leader of the Arab Movement for Change Party, has harshly criticized Avigdor Lieberman's remarks about chopping the heads of disloyal Arab-Israelis and compared him to the self-proclaimed Islamic State of Iraq and al-Sham (ISIS) by describing him as the 'Jewish ISIS.'

Avigdor Lieberman, the radical top diplomat of Israel attended an elections panel at a college on Sunday, and referring to Israeli Arabs said that "those who are with us should get everything, however "those who are against us... one must take an axe and chop their heads off, otherwise we won't survive here."

Arab Israeli politician Tibi stated that the United Arab Joint List, of which his party is a member, would only remove the heads of racists and fascists through democratic means by obtaining seats in Knesset, the Israeli parliament. Tibi also added that a criminal investigation must be launched against Lieberman for his hateful and violent remarks.

Raja Zaatry, the spokesman of the Arab Joint List has also compared the Zionist movement to ISIS:

"Where did ISIS learn these crimes? Look what the Zionist movement did in 1948. Rapes, pillaging, murders, massacres, committed here in these parts as well."

The Israeli foreign minister was quoted as saying that he would act to revoke Zaatry's citizenship "after the elections."

Lieberman's provocative remarks have received criticism not only from politicians but also from academic circles.

Avraham Diskin, a professor of political science at the Hebrew University stated that an investigation must be launched for the Jewish minister's remarks as they incite violence and unlawfulness due to their violent nature. He noted that it is illegal to call for violence and executions, and it is a criminal offence to make such remarks.

An Israeli politician and academic has called for an investigation to be launched into the comments of Israeli foreign minister Avigdor Lieberman.

The Palestinian Authority in a statement denounced Lieberman's "barbarism" and demanded his arrest and prosecution before the ICC.

Palestinians will be eligible to file complaints to the ICC from April 1.