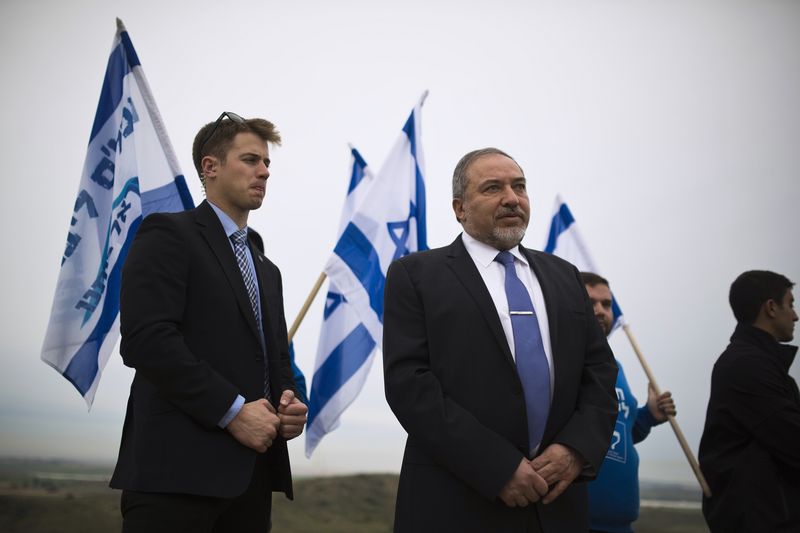 by Ragıp Soylu Mar 11, 2015 12:00 am
Israeli Foreign Minister Avigdor Lieberman's remarks suggesting disloyal Arab-Israelis should be beheaded, has drawn a rebuff from the U.S. State Department.

"These statements are extremely disturbing and inciting. I would reiterate our call for everyone to avoid provocative actions and rhetoric such as this," a State Department Spokesman told Daily Sabah today.

Lieberman, also the head of the right-wing, Israeli nationalist party, said that Israelis need to pick up an axe and cut off the heads of disloyal Israeli Arabs, "otherwise we won't survive here" in an election rally in the city of Herzliya on Sunday.

The State Department was not alone to slam Lieberman for his controversial comments.

ADL's National Director Abraham H. Foxman said in a press release that Lieberman's comments were divisive and unacceptable. "Even suggesting that violence is an appropriate course of action against political rivals is beyond the pale. We urge all candidates to exercise restraint in their language and avoid extremist rhetoric," he added.