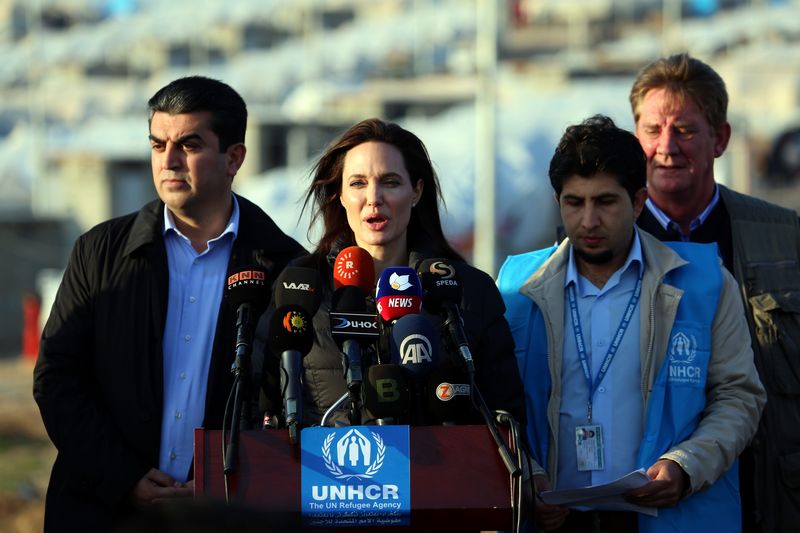 | Photo: AA
by Daily Sabah with DPA Mar 14, 2015 12:00 am
The UN Security Council's inaction on Syria is bewildering and shameful, Hollywood star Angelina Jolie said in a statement released on Saturday.

People are entitled to feel bewildered and angry that the UN Security Council seems unable to respond to the worst crisis of the 21st century.

Jolie is a UN special envoy for refugees.

"It is shameful that even the basic demand for full humanitarian access has not been met," she said ahead of Sunday's four-year anniversary of the first Damascus protests that led to the Syrian civil war.

"And it is sickening that crimes are being committed against the Syrian people on a daily basis with impunity," Jolie added.

Governments must overcome their differences to reach a political solution to the Syria conflict and to bring human rights violators to justice, she said.

Jolie finished off her statement by saying: "I appeal for urgent steps to demonstrate that the international community is serious about accountability in Syria: to show that we will not turn a blind eye to war crimes, and that we will not fail refugees, the displaced, and the survivors."