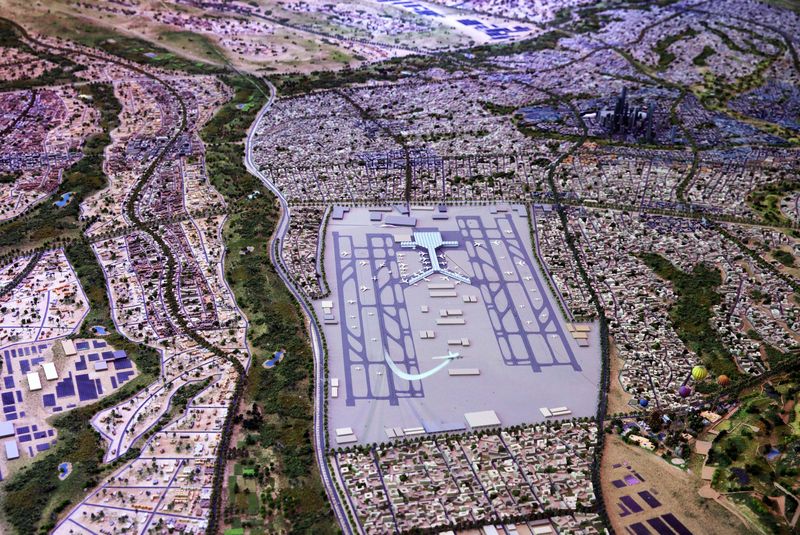 by Mar 14, 2015 12:00 am
Egypt plans to build a new administrative and business capital east of Cairo that will house five million people, a minister announced Friday at a global investor conference.

The proposed new city was presented to potential investors at the three-day conference, which began Friday in the Red Sea resort of Sharm el-Sheikh.

Unveiling an initial plan in front of global leaders and diplomats attending the conference, Housing Minister Mustafa Kamel Madbuli said the new city will be built between Cairo and the canal city of Suez.

He said the proposed 700 square kilometre (270 square mile) city will house up to five million people in 25 residential districts.

"The idea to build the new city originated from our awareness that Cairo's current population will double in the next 40 years," Madbuli said in a presentation showcasing the details.

Cairo's population is expected to grow to 40 million by 2050 from the current 18 million, according to the website of the city.

Parliament, presidential palaces, government ministries and foreign embassies would move to the new metropolis from out of Cairo, the minister said, adding these projects would be executed over the next five to seven years at a cost of $45 billion (42.9 billion euros).

An overall cost for the new city was not revealed, nor were details on how it would all be funded.

Madbuli said the new city will have large green spaces and provide a "better standing of living".

It will also have "an international airport, a theme park four times bigger than Disneyland in California, 90 square kilometres of solar farms, and an electric train" to link the new city with Cairo, he added.

"The master plan is to create a global city with smart infrastructure for Egypt's future, which will provide a multitude of economic opportunities and offer a distinct quality of life," an online plan of the city said.

The conference aims to attract billions of dollars into Egypt's economy, and on Friday Saudi Arabia, Kuwait and the United Arab Emirates pledged to offer $ 12 billion dollars (11.4 billion euros) as investment aid to the country.
RELATED TOPICS