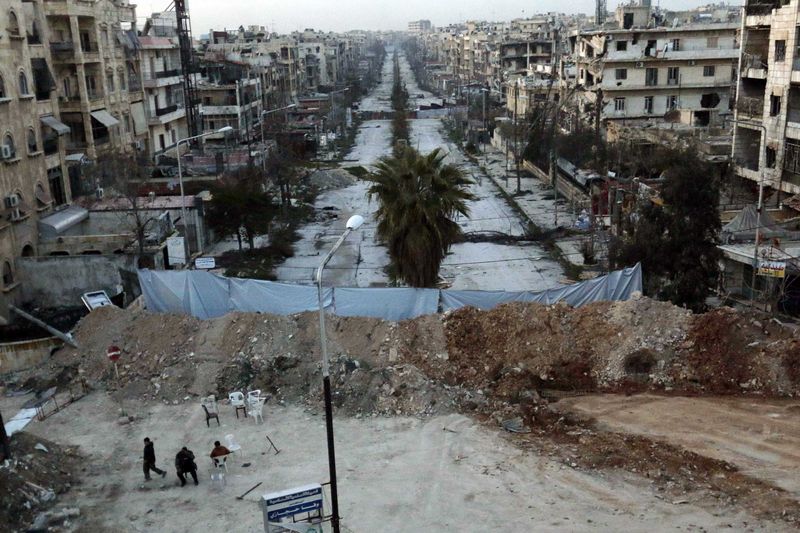 The civil war in Syria, which has almost destroyed the entire country, has no end in sight and has left more than 200,000 dead, 60,000 missing and millions of refugees

The Arab uprisings, which euphorically swept across the Middle East and North Africa, attracted Syrians who had lived under the dictatorship of the Assad family since 1970, when Bashar's father Hafiz Assad seized power. Since then the majority Sunnis were forced to live in a police state that tried to control every movement, organization or business through the use a wide-ranging intelligence service.

In March of 2011, Syrians were emboldened enough to raise their voices against the dictatorship. However, the regime's response was not as peaceful as the protests. And the country was subsequently dragged into a deadly civil war after opposition groups took up arms against the government. The opposition groups have also been divided internally. While moderate opposition groups like the Western-backed Free Syrian Army (FSA) were struggling for a democratic Syria where all religious and political groups would be free to exist, radical elements like al-Qaida's Syrian branch Nusra Front or the Islamic State of Iraq and al-Sham (ISIS) aimed to establish a new Syria, ruled by an extremist religious jurisprudence. While the war continued among the groups and the regime forces, and other groups loyal to the regime like Iran-backed Hezbollah, the U.S. established an international coalition against ISIS on September after an American citizen was beheaded.

The Syrian civil war entered its fifth year and has caused the death of more than 200,000 people and at least 60,000 are missing. The war also displaced nearly 10 million people. While the international and regional powers continue endless discussions, the regime does not only use conventional weapons but also chemical weapons. The Hague-based Organization for the Prohibition of Chemical Weapons (OPWC) says it has evidence of the use of chlorine gas in repeated attacks by regime forces in Syria. The OPWC said there had been a "spate of new allegations" of chlorine attacks. The regime agreed to destroy its chemical weapons a year ago following global outrage over a sarin gas attack in Ghouta, a suburb of Damascus, in August 2013 that killed hundreds – the worst attack of its kind for quarter of a century. However, opposition groups claim the regime has not handed over all ofs its chemical stockpile and still uses chemical weapons against its people. Although the U.S. and other Western countries had attempted to prevent the regime from using chemical weapons last year and even considered military intervention, ISIS has changed the balances in the war. However, the diplomatic efforts to stop the Assad regime failed as the Damascus administration was unconditionally supported by Iran and Russia both economically and militarily.

The war also affected Iraq as ISIS benefited from the authority absence in Syria to grow and recruit more people. The extremist group seized key cities in Iraq including Tikrit and Mosul. The attacks of ISIS and the regime caused refugee problem both in Syria and Iraq. About 13.6 million people, equivalent to the population of London, have been displaced by conflicts in Syria and Iraq, many without food or shelter as winter starts, the U.N. refugee agency revealed. The 13.6 million include 7.2 million displaced within Syria – an increase from a long-held U.N. estimate of 6.5 million, as well as 3.3 million Syrian refugees abroad, 1.9 million displaced in Iraq and 190,000 who have left to seek safety. The vast majority of Syrian refugees have gone to Lebanon, Jordan, Iraq and Turkey. The Western countries have been frequently criticized by aid agencies and the U.N. for not opening their borders to the Syrian refugees as the most developed countries have received the least number of refugees.

Turkey, which shares a 900-km border with Syria, still maintains its open door policy to those fleeing the Syrian civil war. In early January, the Turkish government opened its 22nd camp and UNHRC discusses with the Turkish authorities over additional support to help the Turkish government. So far, Turkey has made significant contributions towards solutions for improving the situation in refugee camps. According to AFAD'S report in 2013, Turkey established 22 camps at a cost of about $2 billion (TL 4.3 billion) for those who chose to stay in the camps while the rest found accommodation outside the refugee camp area.
Last Update: Mar 16, 2015 12:44 am
RELATED TOPICS