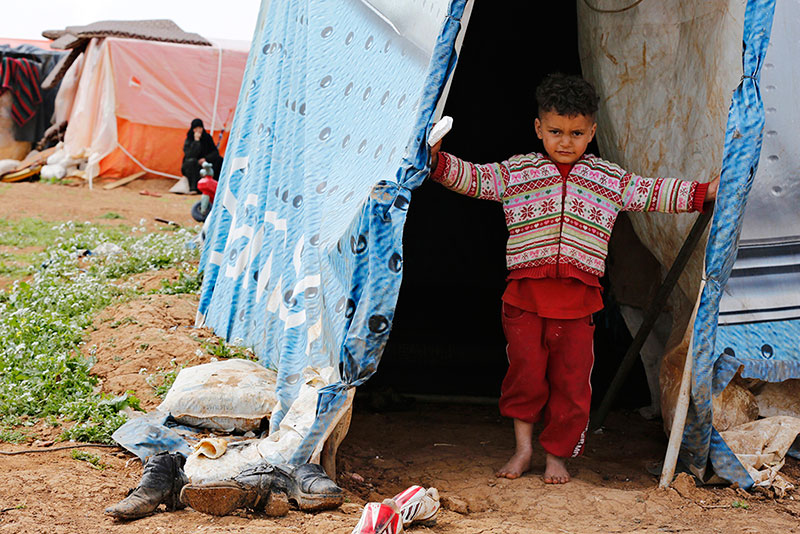 | Photo: Reuters
by Anadolu Agency Mar 16, 2015 12:00 am
Displaced Syrian refugees across the Middle East need some $35 million in aid every week as the conflict in their country enters its fifth year, a UN official said Monday.

"We currently need $35 million on a weekly basis to help Syrian refugees in Jordan, Lebanon, Turkey, Egypt, Iraq and inside Syria. This is a large amount of money," Jonathan Campbell, the World Food Program (WFP)'s emergency coordinator for the Syria Refugee Operation in Jordan, told The Anadolu Agency.

Campbell noted that only $225 million had been designated for the WFP's programs in Jordan this year, down from $306 million last year.

"At least 97 percent of the Syrian refuges in Jordan have been affected by the cut in aid. They're only able to get rice and legumes, but not meat," he said.

"Some of them can only have one or two meals [a day]," he added.

Syria has been in the throes of civil war since mid-2011, when a peaceful uprising against President Bashar al-Assad escalated into an armed insurrection following a violent government crackdown.

Around 1.3 million Syrians currently seek refuge in Jordan, according to official data.