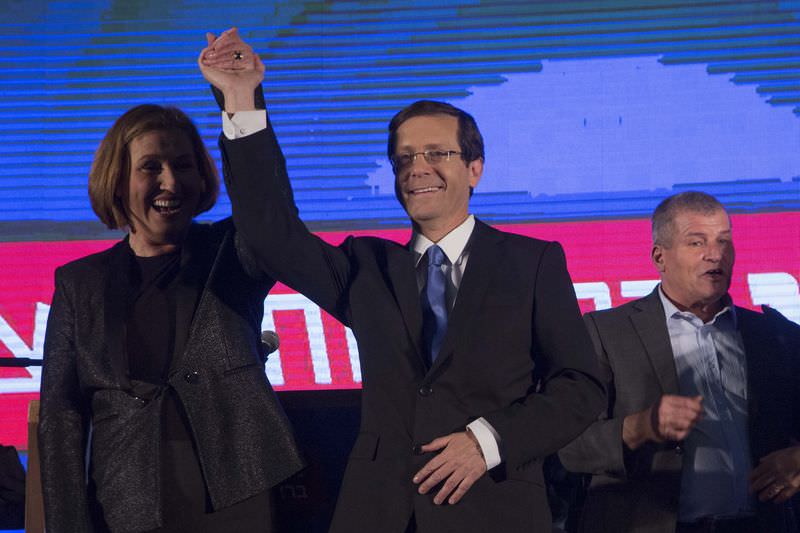 by Anadolu Agency Mar 18, 2015 12:00 am
The leader of Israel's Zionist Union Isaac Herzog has ruled out joining a unity government with the right-wing Likud Party of Prime Minister Benjamin Netanyahu.

"The union will be a suitable alternative to the expected government in all fields," Herzog told the media on the sidelines of a party meeting on Wednesday.

He said the next government would be an "extremist" right-wing one that would not hold for long, according to Israel Public Radio.

Herzog said his camp was for a Jewish, democratic, safe and just state.

"Therefore we must not give up and we need to fight for our path from the opposition," Livni said.

Millions of Israelis cast their votes in their country's Knesset election on Tuesday to determine Israel's next Prime Minister and the make-up of its Knesset (parliament).