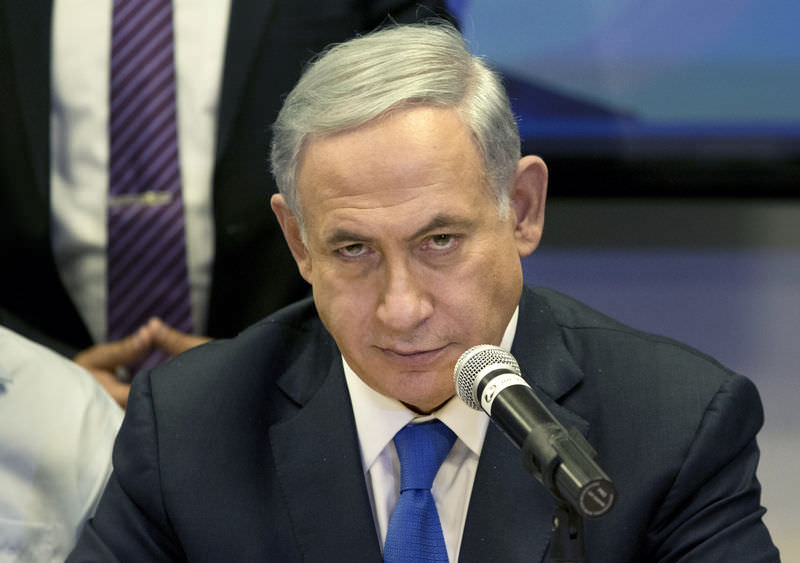 by Daily Sabah Mar 19, 2015 12:00 am
After his fresh victory in this week's paliamentary elections , Israeli Prime Minister Benjamin Netanyahu took a step back from a statement he made earlier this week before elections, in which he vowed there would never be a Palestinian state as long as he is prime minister.

In an interview on MSNBC on Thursday, Netanyahu clearly backed away from comments he made during the Israeli election campaign that drew heavy U.S. criticism, saying "I don't want a one-state solution. I want a sustainable, peaceful two-state solution. But for that, circumstances have to change,"

Netanyahu's comments as part of frantic last-minute campaign ahead of parliamentary elections have left him deeply isolated internationally and have done further damage to his already frosty relations with U.S President Barack Obama.

The White House said it continued to see a two-state solution as "the best way" to resolve the conflict and warned it was reviewing its policy on the diplomatic stalemate between Israel and the Palestinians.

"Based on Prime Minister Netanyahu's comments, the United States will reevaluate our position and the path forward in the situation," White House spokesman Josh Earnest said on Wednesday, without elaborating further.

In another statement on Thursday, answering whether Obama would phone Netanyahu to raise his concerns about the divisive rhetoric about Arab-Israelis during the Israeli elections, Earnest said "I wouldn't rule it out."