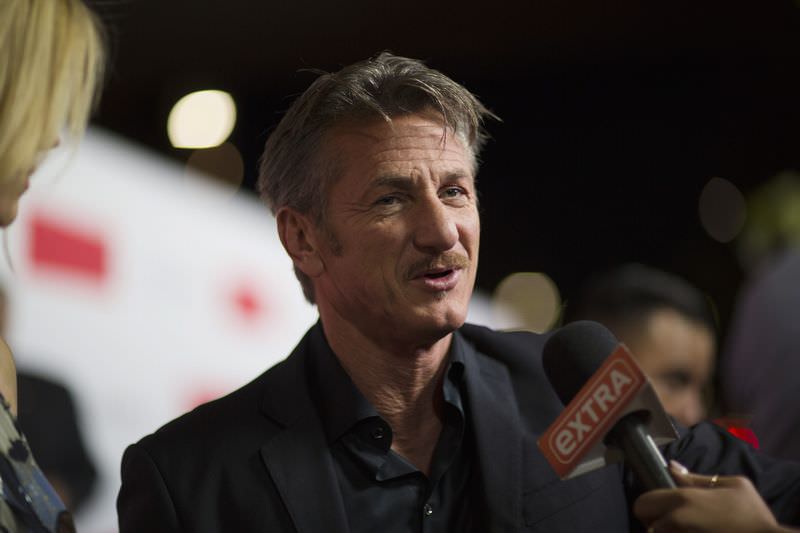 Speaking on Conan O'Brien's talk show on Wednesday night, Penn said "These are the guys, he [Cheney] and President Bush and some others, who invented Daesh, or ISIS,"

"I mean, they really are that which created it, and so I wanted to give him a shout-out, thanks for that," Penn said.

Penn also called Cheney an embittered bacteria of humanity and said he is surprised that Cheney was still alive after the several heart attacks he had suffered.

Earlier this month, U.S. President Barack Obama also targeted the former President George W. Bush's era for the emergence of Islamic State of Iraq and al-Sham (ISIS) through arguing that its growth was an "unintended consequence" of the Iraq invasion in 2003.

Last November Turkish Prime Minister Ahmet Davutoğlu, in an interview with Daily Sabah Editor-in-Chief Serdar Karagöz, underlined the fact that the leaders of ISIS were outraged due to the U.S. invasion of Iraq in 2003 as the group's leader Abu Bakr al-Baghdadi was born in Abu Ghraib prison.

Davutoğlu said "despite repeated denials, the international media continues to try to portray Turkey as having links to ISIS, accusing them of trying to weaken the Turkish government," and added that ""None of the ISIS leaders came from or passed through Turkey. I'm asking you, where did al-Baghdadi come from? He came from Abu Ghraib. He came from Iraq."
Last Update: Mar 20, 2015 9:50 am
RELATED TOPICS