Parents of US activist killed in Gaza still seek justice 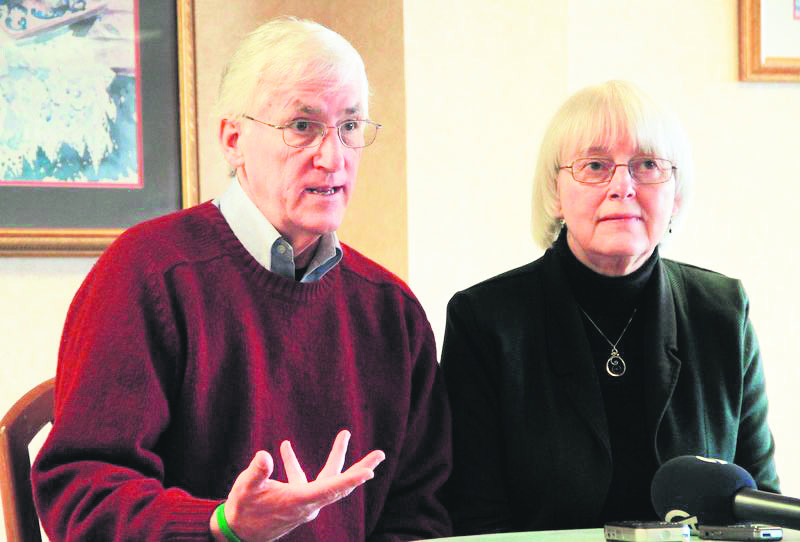 by Anadolu Agency Mar 20, 2015 12:00 am
Twelve years after they lost their daughter in a tragic incident in the Gaza Strip, Craig and Cindy Corrieare still searching for justice. Rachel Corrie, 23, was killed March 16, 2003, when an Israeli military bulldozer ran her over as it attempted to destroy a Palestinian home near the Egyptian border in Rafah. Corrie was attempting to prevent the vehicle from razing the home when she was killed. Their daughter's death led her parents to review a conflict that they were initially "very uninformed" about. "I think we had a very skewed perspective," said Cindy Corrie. "We had a lot of learning to do, and I would say Rachel opened our eyes." Rachel flew to Israel on Jan. 22, 2003 and began work shortly thereafter with the International Solidarity Movement, an activist group which promotes non-violent action in Gaza since 2000. "She wrote that she went to see what it was like to be on the receiving end of U.S. tax dollars, and our foreign policy, and of course what she saw was horrific," said Craig Corrie, Rachel's father.

The Corries brought a first suit against Israel for the wrongful death of their daughter in 2005 following a military investigation into the case that failed to garner any charges. The case went all the way to Israel's Supreme Court, which said Feb. 12 of this year that the Israeli army had been carrying out combat operations at the time. The court absolved Israel from responsibility for killing the activist. "We've really reached almost what we see as the end of the road with legal proceedings in Israel," said Cindy Corrie, voicing her exasperation with the Israeli legal system. The family is now exploring whether or not they should take their case to an international court, including the Hague-based International Criminal Court. "I will say that being in court, and particularly for such a very long time, is a very demanding, exhausting and costly process, and we're getting older. Our family has to make choices on what's best for everyone as well. So there's a lot to think about," she said. But even as they explore further legal recourses, the Corries are adamant on maintaining pressure on the U.S. government. "What we need is the institutions of the United States government to be acting on our behalf, and I think on behalf of other Americans wherever they live," said Craig Corrie, referring to the deaths of other Americans who have died in incidents involving Israel, including Furkan Doğan, a Turkish-American citizen, one of nine activists who died when Israel stormed the Gaza-bound aid boat, Mavi Marmara, in 2010.

Israel has imposed a blockade on the coastal enclave since 2007, resulting in shortages of basic goods and services. Since then Israel has launched three military campaigns in Gaza, most recently in the summer of 2014. Each offensive resulted in large numbers of casualties, and mass destruction. "When an American citizen is killed with equipment that the United States provided with our funding, and exported, it was a Caterpillar D9R bulldozer," Cindy Corrie said referring to the model of the bulldozer that killed Rachel. "And that was paid for by our government, and our government can't get some kind of satisfactory response from the Israeli government on what happened to Rachel, that just seems completely unacceptable, and of course Rachel isn't the only one." "It's very troubling to us and to others when we look at the support that the U.S. government has provided to Israel, we think really, in many ways, counterproductive," she said.

The historically close relationship between the U.S. and Israel has been dealt significant setbacks with recent rows between U.S. President Barack Obama and Israeli Prime Minister Benjamin Netanyahu. The Israeli leader made a controversial speech to both houses of Congress earlier this month in which he attempted to rally lawmakers against a proposed nuclear deal with Iran, just weeks before a crucial deadline of negotiations, in which the Obama administration is heavily invested in. And, during the run-up to his country's March 17 elections, Netanyahu made disparaging remarks against the participation of Israel's Arab population in the polls, and said that no Palestinian state would be created as long as he is the prime minister. The White House strongly condemned Thursday the controversial comments, saying that the Arab-Israeli remarks "sought to marginalize" the community, and that Netanyahu's peace process remarks "raises questions about our approach, at least in the minds of policymakers inside the administration. And that is why we are going to evaluate our approach to this matter moving forward."
Last Update: Mar 21, 2015 2:00 am
RELATED TOPICS