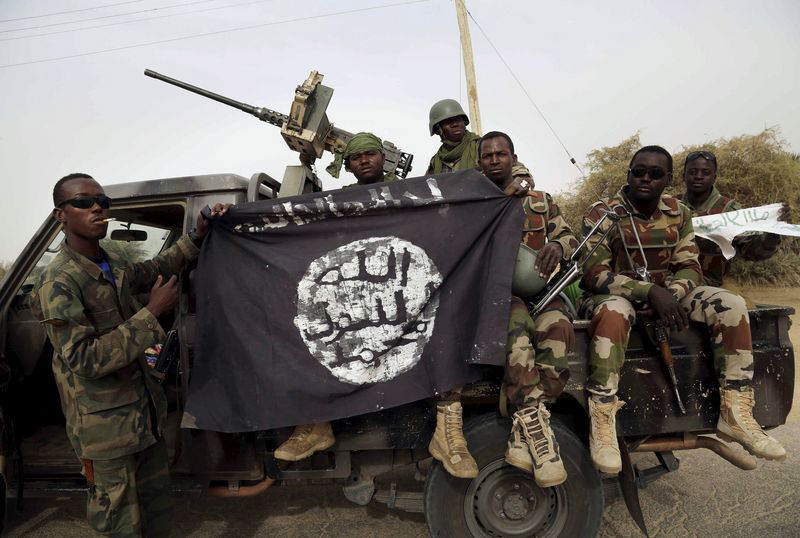 | Photo: Reuters
by Mar 21, 2015 12:00 am
Around 100 bodies were discovered by troops from Chad and Niger on Friday near a Nigerian town recently liberated from terrorist organization Boko Haram.

Soldiers from Chad and Niger discovered the bodies, some decapitated, under a bridge just outside Damasak, which was retaken from Boko Haram on March 9.

"There are about 100 bodies spread around under the bridge just outside the town," said Colonel Azem Bermandoa Agouna, adding that he had visited the scene himself close to the border with Niger.

He claimed the massacre probably occurred about two months ago and said: "This is the work of Boko Haram."

It was, however, impossible to verify the claim independently.

Colonel Bermandoa Agouna said several of the victims had been decapitated while others had been shot. "There are heads here and bodies there, the mass grave has become like a termite mound," he added.

Chad and Niger launched a vast air and ground offensive against Boko Haram in the area on March 8, quickly taking Damasak from Boko Haram.

According to a Chadian army source, the militants suffered heavy losses in the push, with some 200 killed in fighting on Sunday for the loss of 10 Chadian soldiers with 20 wounded.
Last Update: Mar 21, 2015 8:42 pm
RELATED TOPICS