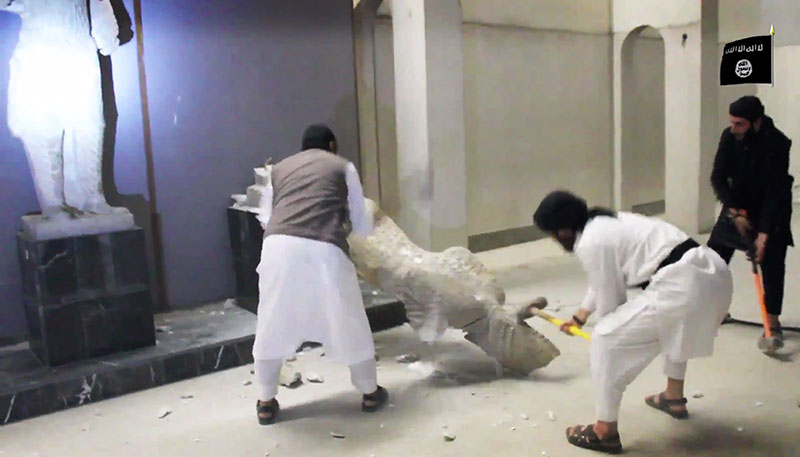 | Photo: AP
by Anadolu Agency Mar 25, 2015 12:00 am
The self-proclaimed Islamic State of Iraq and al-Sham (ISIS) is selling stolen artifacts from a museum in Iraq's Mosul city to buyers in Europe, an Iraqi deputy minister said on Wednesday.

Qais Hussein Rashid, deputy minister of culture, told The Anadolu Agency that his ministry had information that the valuable artifacts were now being sold in Europe.

According to Rashid, ISIS was allegedly using such sales to generate money for the militant group. He added that Iraqi authorities were taking measures to retrieve the stolen art treasures.

On February 26, a video published on social media showed ISIS smashing ancient statues with sledgehammers at the Mosul museum.

Also, the Mosul library, home to some 8,000 historical texts, has also been burnt down. It had many hand-written books from the Ottoman, Abbasid and Ayyubid periods.