If Iran cheats on nuclear deal, the world will know it: Obama 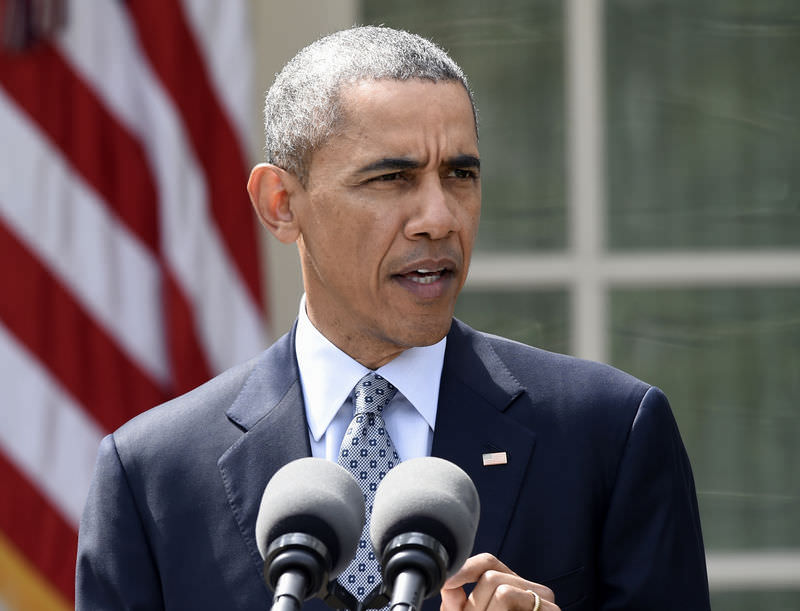 by Compiled from Wire Services Apr 02, 2015 12:00 am
US President Barack Obama on Thursday welcomed a tentative deal on Iran's nuclear program as "historic," but also warned Tehran that the world was watching to be sure it fulfilled its commitments.

"If Iran cheats, the world will know it," Obama said, saying the deal reached after marathon talks in Switzerland was based not on trust but on "unprecedented verification."

Iran and world powers reached a framework agreement on Thursday on curbing Iran's nuclear programme for at least a decade after eight days of marathon talks in Switzerland.

The tentative agreement clears the way for talks on a future comprehensive settlement that should allay Western fears that Iran was seeking to build an atomic bomb and in return lift economic sanctions on the country.

Iran's Foreign Minister Javad Zarif cautioned however: "We're still some time away from reaching where we want to be."

A Western official said the sides had agreed that the comprehensive settlement would require Iran to dilute or ship abroad most of its stocks of enriched uranium, and leave just 6,000 out of the 19,000 centrifuges it operates for enrichment.

The deal wrapped up eight days of talks, extended after a deadline of midnight on Tuesday, aiming to achieve a political accord that could serve as the basis of a final deal by June 30.

Western countries say enriched uranium can be used to make a weapon, which they aim to prevent. Iran says it wants it only for a peaceful nuclear energy programme.

The talks were the biggest opportunity for rapprochement between Washington and Tehran since they became enemies after Iran's 1979 revolution, but any deal faces scepticism from conservatives in both countries. U.S. allies in the Middle East are also sceptical, especially Israel and Saudi Arabia.
Last Update: Apr 03, 2015 10:52 am
RELATED TOPICS