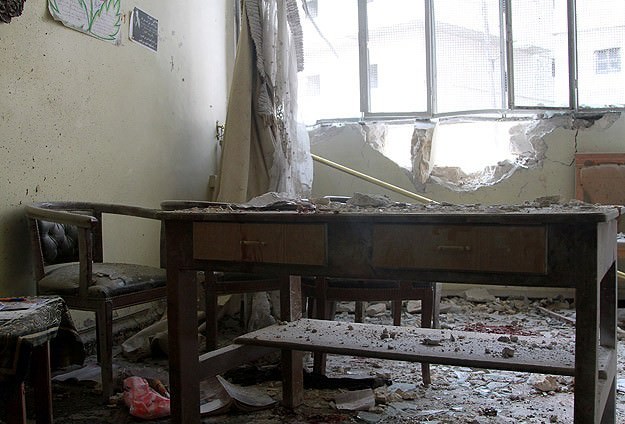 | AA Photo
by Anadolu Agency Apr 15, 2015 12:00 am
At least 13 people, including three children, have been killed after the Syrian army dropped a vacuum bomb on an elementary school in the northern city of Aleppo, according to Syrian opposition coalition officials.

The opposition coalition announced on Wednesday that schools would be closed throughout the week amid the Syrian regime's intensified attacks on schools and residential areas.

"Thirteen people, including three children and three teachers, were killed when the Syrian regime bombed the Said al-Ansari school in the opposition-held Al-Ansari district," the National Coalition for Syrian Revolutionary and Opposition Forces said in a statement.

No information was provided about the wounded.

Syria's civil conflict, which has entered its fifth year, has left tens of thousands of people dead and millions of others displaced both internally and externally.