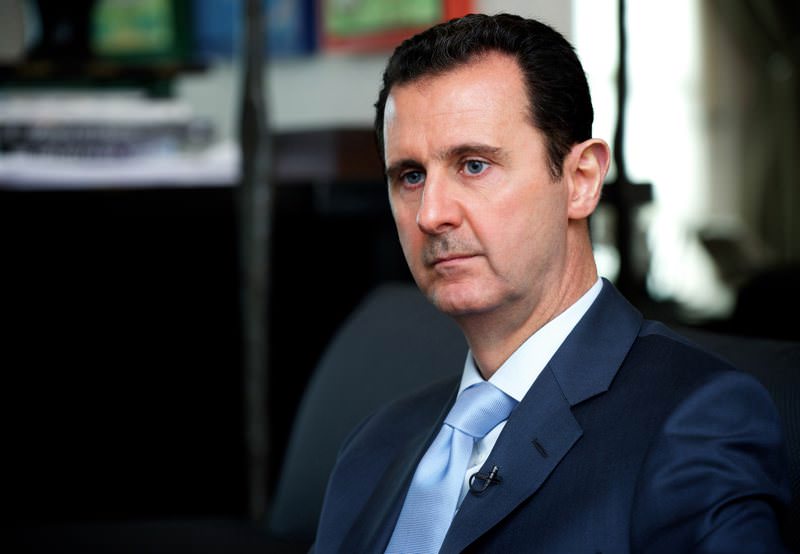 The Syrian regime is committing crimes against humanity in Aleppo, Amnesty International says, as more than 11,000 civilians in the country’s largest city were killed during barrel bomb attacks by the Syrian regime, which strictly denies all charges

Syrian regime forces are committing war crimes and crimes against humanity in Aleppo, killing more than 11,000 civilians since 2012 during "relentless" barrel bomb attacks, Amnesty International said in a new report. Yet, the Syrian government strictly rejects the acknowledgement of civilian casualties caused by such attacks. President Bashar Assad, in an interview in February 2015, stated that barrel bombs "had never been used by his forces."

"[Massive barrel bomb attacks are] war crimes to intentionally make civilian objects and civilians, who are not directly participating in hostilities, the target of attacks. Such a systematic attack on the civilian population, when carried out as part of government policy, as appears to have been the case in Aleppo, would also constitute a crime against humanity," the report said.

In the report, titled "'Death everywhere': War crimes and human rights abuses in Aleppo," the Syrian regime's use of so-called barrel bombs, crudely constructed destructive weapons fashioned from barrels and other vessels packed with explosives, was heavily criticized by the human rights watchdog. As the Syrian regime "relentlessly" targets civilian areas and systematically tortures and kills people in the Syrian city of Aleppo, Amnesty urged the international community to take the civilian suffering to the International Criminal Court in an attempt to "send a signal that those ordering and committing these crimes can be brought to justice and could help stem the spiral of abuses."

The report details unbearable the civilian suffering and sheer terror due to barrel bomb attacks by the Syrian regime using oil barrels, fuel tanks or gas cylinders packed with explosives, fuel, and metal fragments dropped from helicopters. From January 2014 to March 2015, more than 3,000 civilians in the Aleppo governorate were killed during barrel bomb attacks. During attacks, at least 14 public markets, 12 transportation hubs and 23 mosques and other civilian objects, including at least 17 hospitals and medical centers and three schools were targeted by the Syrian regime. On May 4, Doctors Without Borders (DWB) reported that a major Aleppo hospital suspended all its activities after it was bombed at least twice in a week. Another medical center in the city of Aleppo has also been suspended since April 17. After a massive aerial bombing, an ambulance was targeted on April 13, killing the driver, three medical staff, and one other person with six people injured, DWB said. "We renew our appeal to the warring parties to respect civilians, health facilities and medical staff," said Raquel Ayora, the DWB's director of operations. "These new attacks on medical infrastructures are intolerable." Since the attacks started to strike the city of Aleppo in 2012, more than 11,000 civilians were reportedly killed in total.

"Widespread atrocities, in particular the vicious and unrelenting aerial bombardment of civilian neighborhoods by government forces, have made life for civilians in Aleppo increasingly unbearable. These reprehensible and continual strikes on residential areas point to a policy of deliberately and systematically targeting civilians in attacks that constitute war crimes and crimes against humanity," said Philip Luther, Director of Amnesty International's Middle East and North Africa Program. "By relentlessly and deliberately targeting civilians the Syrian government appears to have adopted a callous policy of collective punishment against the civilian population of Aleppo."

As the Syrian regime's strikes continue to kill civilians, the "continued inaction" of the international community to stop civilian killings in Syria was condemned by Amnesty International saying that unless sanctions are imposed on the Syrian regime over war crimes and crimes against humanity, it would "continue to hold the civilians of Aleppo hostage without fear of any retribution."

"The fear and desperation among Aleppo's civilians is clear. Many feel abandoned and have lost all hope for the future," said Director Luther. "More than a year ago, the U.N. passed a resolution calling for an end to human rights abuses, and specifically barrel bomb attacks, promising there would be consequences if the government failed to comply. Today, the international community has turned its back on Aleppo's civilians in a cold-hearted display of indifference to an escalating human tragedy," he added.