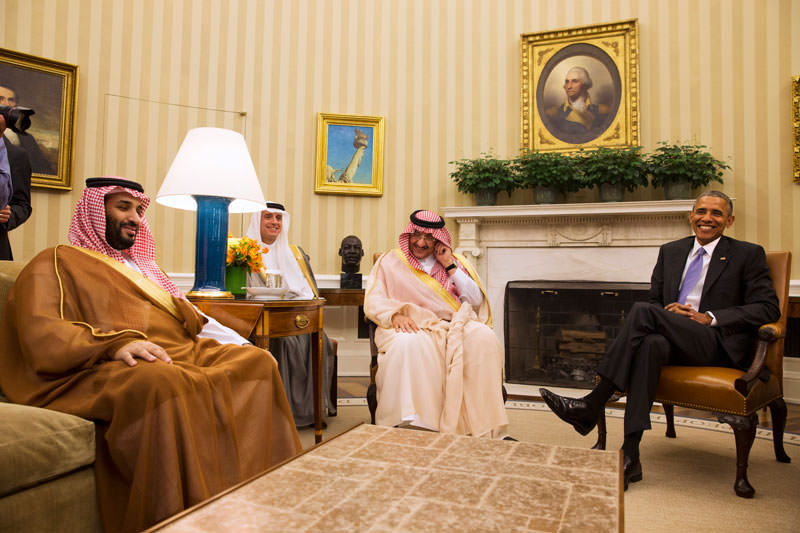 by Daily Sabah with Wires May 13, 2015 12:00 am
U.S. President Barack Obama said on Wednesday he would discuss with Saudi Arabia's visiting leaders how to establish peace and build a ceasefire in Yemen and praised the country for being a critical U.S. ally in the fight against self-proclaimed Islamic State of Iraq and Sham (ISIS) terrorists.

Obama praised the two officials and his work with them in an apparent effort to downplay the absence of King Salman, who pulled out of the summit a few days ago.
Last Update: May 13, 2015 7:22 pm
RELATED TOPICS