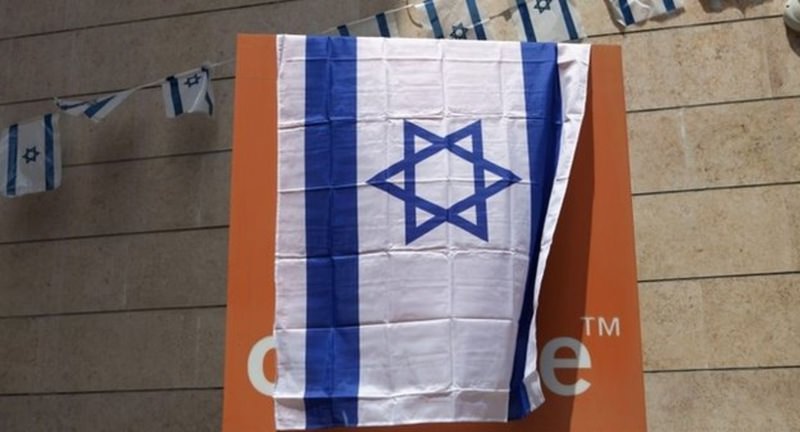 by Daily Sabah with Agencies Jun 04, 2015 12:00 am
The French telecom giant Orange says it will pull out of a deal with the Israeli Partner Communications, a company that is active in Israeli settlements in the occupied West Bank, a day after comments by its boss drew criticism from Israeli officials.

On Wednesday, Orange CEO Stephane Richard said he would back out of a deal with Partner Communications.

Israel attacked the comments, and said that Richard should be fired.

Partner controls close to 28% of Israel's mobile market and while Orange has a licensing deal with Partner, allowing it to use the Orange brand name, it does not have a controlling stake in the company.

"Partner is building infrastructure on confiscated Palestinian land and offers services to settlers and the Israeli army," said the International Federation for Human Rights (FIDH), a Paris-based NGO.

Jewish settlements on occupied territory are illegal under international law, though Israel disputes this. Neither Israel nor Partner Communications commented on the FIDH report.

The BDS campaign group - that Israel alleges works to "delegitimise" the state of Israel - had also previously called on Orange to sever its ties with Partner.

At a conference in Cairo on Wednesday, Stephane Richard said: "I am ready to abandon this [partnership] tomorrow morning but the point is that I want to secure the legal risk for the company.
"I want to terminate this, once again, but I don't want to expose Orange to a level of risk and of penalties that could be really sizable for the company."

Richard said the decision was made because of Orange's ties to Arab countries. "I know that it is a sensitive issue here in Egypt, but not only in Egypt," he said.

"We want to be one of the trustful partners of all Arab countries."
Mr Richard did not directly cite allegations made by the FIDH and BDS groups.
Last Update: Jun 05, 2015 12:05 am
RELATED TOPICS