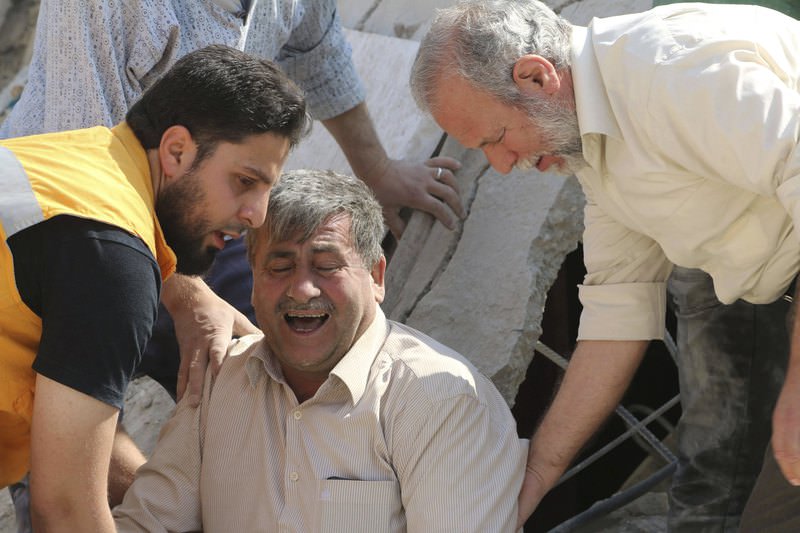 by Daily Sabah Jun 06, 2015 12:00 am
At least 10 civilians were killed and many others were injured on Saturday following Syrian regime barrel bomb attacks on two towns in Aleppo.

The opposition said in a statement that the regime targeted the towns of Tal Rifaat and Marii.

According to the statement, the death toll may rise as many victims are still stuck under collapsed buildings.

More than 220,000 people have been killed in Syria since the conflict between Bashar al-Assad's regime and opposition forces began in 2011, according to the UN.
Last Update: Jun 06, 2015 3:00 pm
RELATED TOPICS