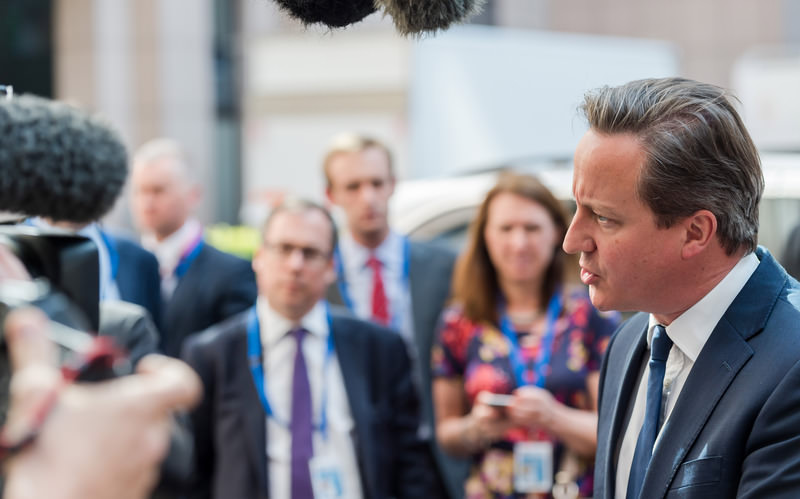 by Anadolu Agency Jun 10, 2015 12:00 am
British Prime Minister David Cameron spoke on Wednesday about cooperating with Turkey to combat thr Islamic State of Iraq and al-Sham (ISIS) in Syria and Iraq.

Cameron was questioned about this week's G7 meeting in Germany during weekly Prime Minister's Questions in parliament when he mentioned "conversations in recent days with the Turkish president" over coordinating the response to the militant group.

The premier told lawmakers that "working with regional partners to make sure everyone has a coordinated approach is the right thing to do".

Turkey signed an agreement with the U.S. in February to train and equip moderate Syrian opposition forces as part of the U.S.-led coalition's effort to battle ISIS.

"In Syria, there is no greater recruiting sergeant for ISIS than President [Bashar al-] Assad's war against his own people," Cameron said.

On intelligence-sharing to prevent the flow of recruits to ISIS, Cameron added: "Where we need even more cooperation is clearly between countries such as Britain and Turkey, which can sometimes act as a gateway for people joining ISIS. That is where we need to focus our efforts."

Syria has been gripped by violence since the regime launched a crackdown in response to anti-government protests in March 2011, triggering a civil war in which more than 220,000 people have died.
Last Update: Jun 10, 2015 11:07 pm
RELATED TOPICS