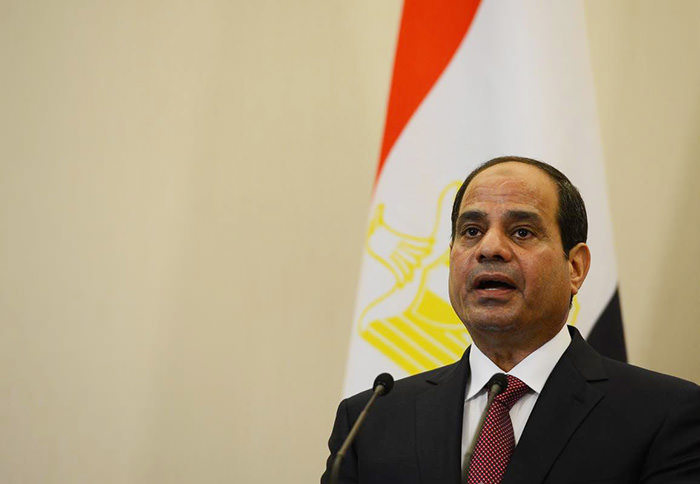 |Sabah Photo
by Anadolu Agency Jun 11, 2015 12:00 am
Egyptian President Abdel Fattah el-Sisi has announced on Thursday that his scheduled trip to South Africa, where he would attend the African Union Summit, after a group of lawyers filed an official legal request for his arrest.

The Egyptian president was supposed to arrive Friday in Johannesburg to lead his country's delegation in the African summit titled "Enabling African Women," which will take place on June 14 and 15.

"We believe al-Sisi committed war crimes and crimes against humanity for the horrendous killings that resulted from the (2013) coup in Egypt," attorney Yousha Tayoub, a member of the South African Muslim Lawyers Association, told Anadolu Agency on Wednesday.

A former military commander, Sisi is widely seen as the architect of the 2013 coup against President Mohamed Morsi, Egypt's first freely elected president and a Muslim Brotherhood leader.