US ambassador to UN warns of chlorine use in Syria 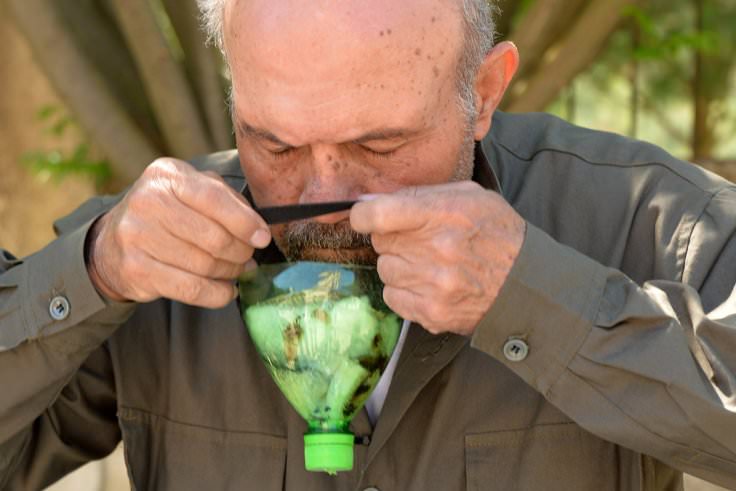 by Anadolu Agency Jun 17, 2015 12:00 am
Washington's ambassador to the United Nations on Tuesday sharply condemned the Syrian government's use of chlorine gas, saying that its battlefield application is tantamount to that of a chemical weapon.

"We also have alarming and grave reports that the Syrians, seemingly incapable of fighting without drawing on chemical weapons, have now found a new way, even with the dismantlement of their declared chemical weapons regime, which is to turn chlorine into a chemical weapon," Samantha Power said during congressional testimony.

The Obama administration verified last August that all declared chemical weapons had successfully been removed from the country and destroyed.

But that has not stopped reports of chlorine gas, which is not technically a prohibited chemical weapon, from allegedly being used by multiple parties in the war-stricken country.

"At the Security Council we've just in the last few months, secured another resolution," Power said. "To make it very clear to the world that just because chlorine is a household product, doesn't make it not a chemical weapon when it is put in a barrel bomb and dropped on civilians."

Speaking to reporters at the State Department via video conference, Secertary of State John Kerry said that the U.S. is "certain" that the Syrian government is responsible for the vast majority of chlorine chemical attacks in the country.

"I think everybody's patience is wearing thin with respect to the extraordinary depravity of the weaponry and mechanisms for delivery which Assad has used against his own people," Kerry added, noting that he spoke with Russian Foreign Minister Sergey Lavrov yesteday about the matter.

Responding to a lawmaker's questions about the potential to reintroduce sanctions against Iran should it violate a nuclear agreement that is still under negotiation, Power insisted that the U.S. will not allow a snapback mechanism to be "left in the hands of Russia or China."

The U.S. along with its P5+1 allies-Britain, China, France and Russia, and plus Germany-have until June 30 to finalize a landmark agreement with Iran on its nuclear program.

Negotiators have been seeking a deal that would lift nuclear-related sanctions on Iran in return for unprecedented inspections and curbs on its nuclear program.

Iran has long insisted that its program is solely for peaceful purposes.

Power categorically denied claims that the Obama administration has been withholding reports of alleged Iranian sanctions violations for fear of derailing talks.

"Absolutely not," Power said. "And I myself am often involved in raising sanctions violations that Iran has carried out.

"There's no pulling of our punches, even during these negotiations," she added.
Last Update: Jun 17, 2015 3:44 am
RELATED TOPICS