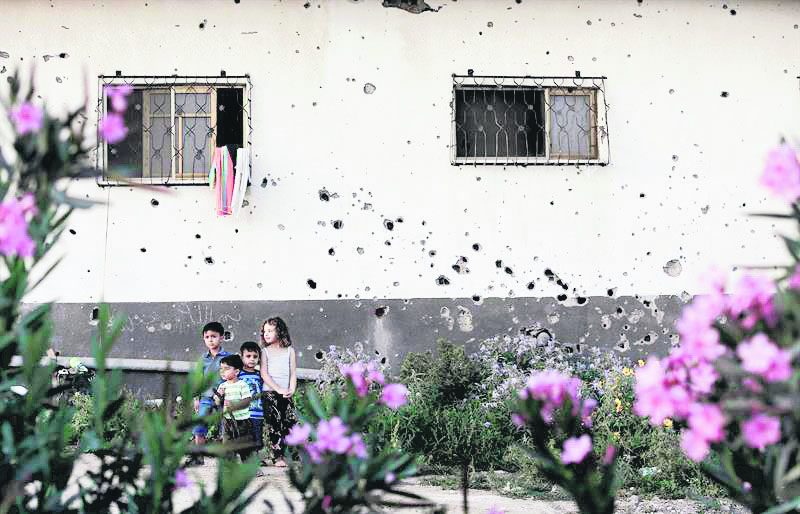 by Jul 06, 2015 12:00 am
Wednesday marks a year since Israeli attacks began and thousands of homes in Gaza still have not been rebuilt, forcing residents like Abu Asser to construct makeshift houses where they once lived out of prefabricated supplies or rubble. The delay has been blamed on a variety of reasons, including Israel's strict blockade preventing the shipment of construction material into the coastal enclave and the failure of promised money to arrive from international donors. The result has been Gazans seeking to house their families in whatever way they can, with some 18,000 homes either destroyed or severely damaged during the 50-day-long attacks.

At the height of the conflict, the third in six years, the United Nations had transformed 91 of its schools in the Gaza Strip into shelters to house some 300,000 displaced. Short of money, the U.N. agency for Palestinian refugees recently closed the last shelter. Some of the displaced have been able to return home, but more than 100,000 remain homeless, more than five percent of the Strip's 1.8 million population. It is a major part of the misery facing Gazans a year after the war, which killed 2,251 Palestinians, including 551 children, and 73 people on the Israeli side.
Last Update: Jul 06, 2015 9:34 pm
RELATED TOPICS