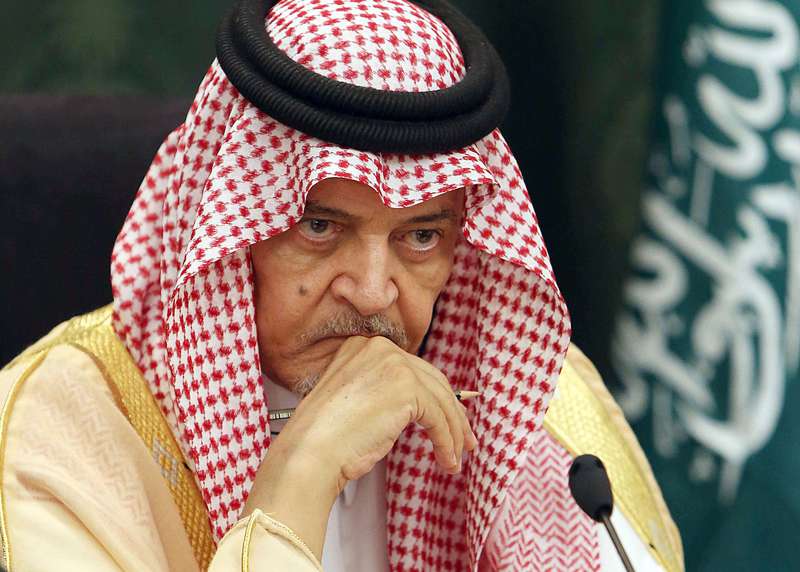 by Associated Press Jul 09, 2015 12:00 am
Saudi Arabia's Foreign Ministry spokesman said Prince Saud al-Faisal, who was the world's longest serving foreign minister with 40 years in the post until earlier this year, has died. He was 75.

The spokesman, Osama Nugali, announced Saud's death on his official Twitter feed, saying, "The eye tears, the heart saddens. We all are saddened to be separated from you." He did not elaborate on the cause of death.

The tall, stately Saud was a fixture in Mideast diplomacy since he was appointed to his post in 1975. He retired in April, citing health reasons, just three months after the death of King Abdullah.
Last Update: Jul 09, 2015 10:24 pm
RELATED TOPICS