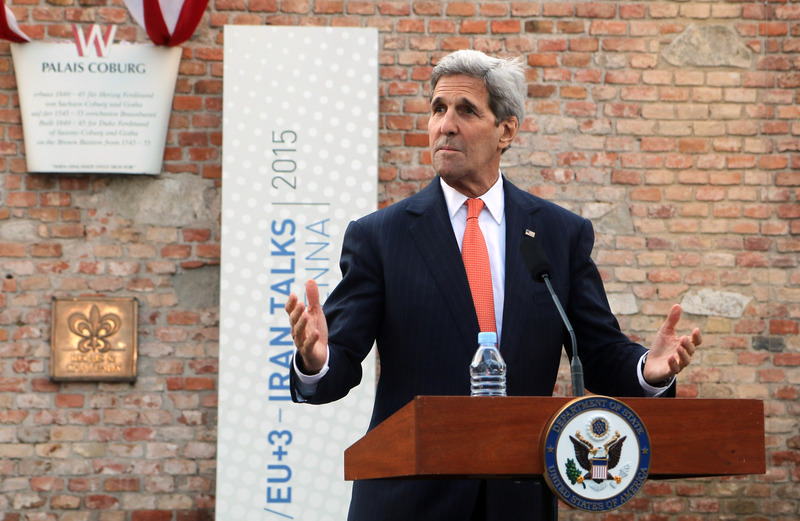 | AP Photo
by Jul 09, 2015 12:00 am
John Kerry, United States Secretary of State, said on Thursday that if Iran doesn't make the necessary "tough decisions", the U.S. is ready to walk out of the nuclear talks.

"If the tough decisions don't get made, we are absolutely prepared to call an end to this process," Kerry told reporters in Vienna, saying the talks were not "open-ended" but he would not be "rushed" into a deal.

Two deadlines to reach an accord have already been missed in the talks which have stretched into their 13th day. U.S. lawmakers have also set a midnight Washington deadline to be given a copy of any text to review.

Kerry warned: "We are not going to sit at the negotiating table forever. We also recognize that we shouldn't get up and leave simply because the clock strikes midnight."

The negotiating teams were focused on the quality of the deal, Kerry insisted, adding "it would have to stand the test of time."

Despite progress "some of the tough issues remain unresolved," he told reporters outside the luxury hotel in Vienna where the talks are being held.

Warning that "difficult decisions don't become easier over time," the top U.S. diplomat added: "One way or the other those decisions must be taken very soon."

The U.S. delegation and their counterparts will "continue to push through on the tough issues and ultimately see whether or not the good deal that we have been working for so hard is possible to achieve."