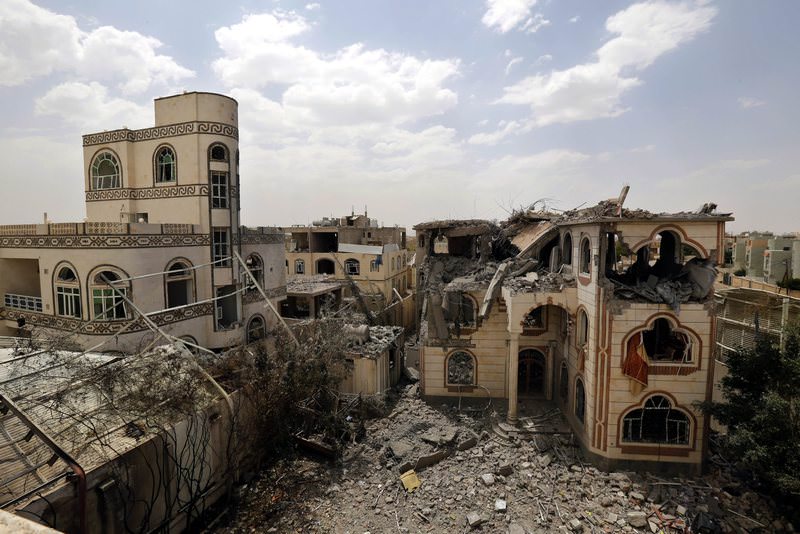 | EPA Photo
by Daily Sabah with Reuters Jul 09, 2015 12:00 am
The United Nations announced on late Thursday that a humanitarian truce in war-torn Yemen will be initiated on Friday to allow much-needed aid delivery to civilians.

"The Secretary-General looks forward to the commitments of all parties to the conflict in Yemen to an unconditional humanitarian pause to start on Friday, 10 July at 23:59 (GMT + 3) until the end of Ramadan," said U.N. spokesman Stephane Dujarric on Thursday.

"We feel we have the expressions necessary by all parties to announce the start of this pause on Friday," said Dujarric.

According to the UN, over 5,100 people-1,528 of whom are civilians, have been killed in Yemen, since the Saudi military campaign started on March 26.