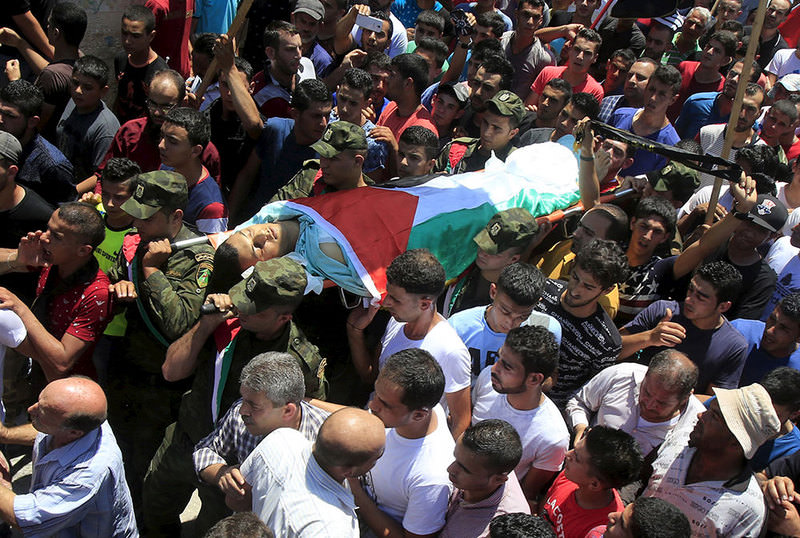 
Israeli security forces on an arrest raid in the occupied West Bank shot and killed a Palestinian on Wednesday when clashes broke out with residents, Palestinian sources said.

A Palestinian witness told Reuters Israeli forces entered the village to carry out arrests in the village of Bruqin and that residents threw stones at the Israeli troops. The witness did not want to give his name for fear of arrest.

A spokeswoman for the Israeli military described the stone-throwing as "a violent riot" and said troops had called on the crowd to stop hurling rocks before they opened fire at the main culprit.

She confirmed that the troops had been carrying out arrests along with the paramilitary border police.

A Palestinian hospital official said Mohammed Alawneh, 19, was shot in his chest and taken to hospital where he died of his wounds. The witness said Alawneh picked up a stone to throw at a policeman and was then shot.

Israeli troops enter Palestinian-controlled territory frequently to detain people suspected by Israel of militant activity. The Palestinians condemn this practice as an encroachment on the limited self-rule they hold in parts of the West Bank.

The Palestinians want to establish a state in East Jerusalem, the West Bank and Gaza Strip, territories Israel captured in the 1967 Middle East war. U.S.-brokered peace talks between the sides broke down last year.