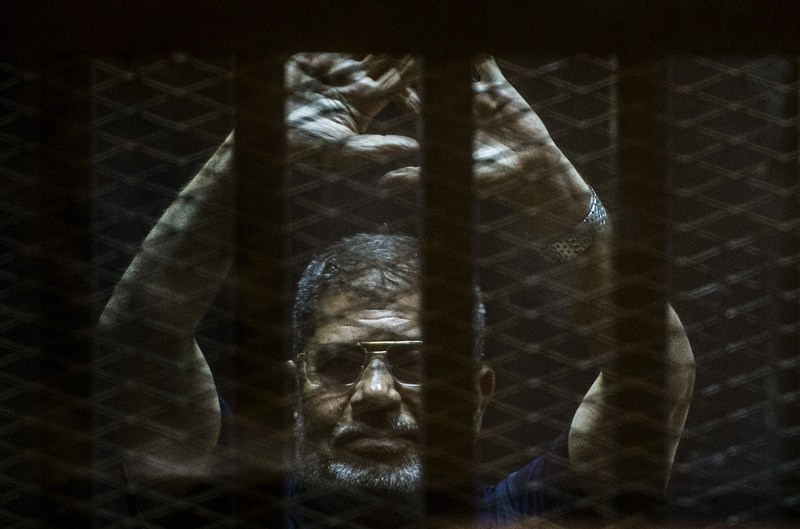 by Associated Press Aug 08, 2015 12:00 am
Egypt's ousted and imprisoned President Muhammed Morsi hinted on Saturday that his food had been poisoned as he refused to eat prison food, reported Egypt's state-run media MENA.

The state-run MENA news agency reported Morsi made the comments at a court hearing Saturday. He requested permission to receive outside food and described the prison food as "a crime committed against his rights."

MENA said the former president added that he was diabetic and that he was suffering from low-blood sugar. It said Morsi requested to meet with a medical team.

The judge said he would allow Morsi's defense team to meet with their client.

Egypt's first democratically elected President Muhammed Morsi, who was overthrown after a bloody military coup headed by the incumbent President Abdel Fattah el-Sissi in 2013, has been sentenced to death by the Cairo Criminal Court and faces other trials.