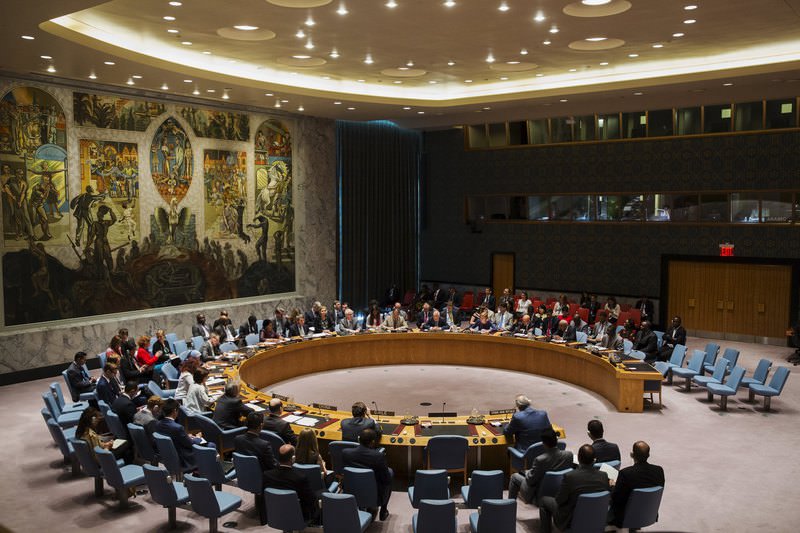 | REUTERS Photo
by Anadolu Agency Aug 08, 2015 12:00 am
A new round of peace talks to resolve the political turmoil in Libya are to be held next week in Geneva, a United Nations spokesman saidon Friday.

According to Ahmed Fozi, the talks -- which will be held from Monday to Wednesday -- will be attended by at least 30 Libyan officials.

Fozi, however, did not provide the names of individuals or the political parties that planned to attend next week's talks, saying only that the talks would be held at the U.N.'s Geneva headquarters.

Earlier rounds of talks were held in Moroccan capital Rabat.

In a statement, Bernardino Leon, the U.N. secretary-general's special envoy for Libya, urged participants to "continue working together towards narrowing existing differences and forging a common platform that can form the basis for a peaceful resolution of the political and military conflict in Libya."

Libya has remained in turmoil since a bloody uprising ended the decades-long rule of strongman Muammar Gaddafi in late 2011.

Since then, the country's stark political divisions have yielded two rival seats of government, each of which boasts its own institutions and military capacities.

Vying for legislative authority are a Tobruk-based House of
Representatives and a General National Congress that convenes in capital Tripoli.

It remains unclear if both governments will send representatives to next week's scheduled talks in Geneva.