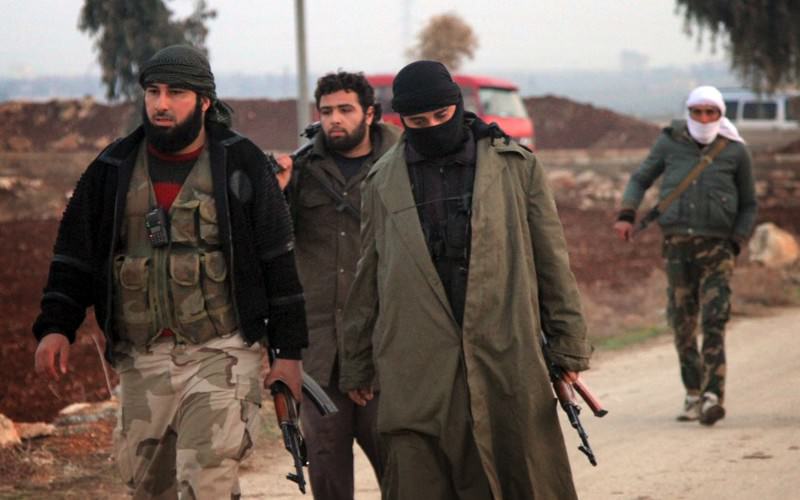 by Anadolu Agency Sep 27, 2015 12:00 am
ISIS launched its first attack on the Afghan security forces early Sunday with hundreds of fighters attacking police posts in eastern Nangarhar province, officials said.
ISIS, which emerged in Afghanistan in 2014 and has grown by imposing itself on the Taliban's recruiting ground, attacked up to 10 posts in Achin district, around 150 kilometers (93 miles) east of capital Kabul.
District chief Haji Ghalib Mujahid said the attacks were launched simultaneously at 3 a.m. local time (2230GMT).
"Our forces managed to repel their attack but the fight is underway," he told Anadolu Agency. Several militants have been reported killed and wounded while three Afghan soldiers were killed and eight others injured.
The attacks came just after the UN warned of ISIS's growing presence in Afghanistan as a U.S.-led international security force looks to withdraw at the end of 2016.
Nicholas Haysom, UN's envoy to Afghanistan, warned the group had established a "toehold" in Afghanistan.
ISIS has fought the Taliban repeatedly over territory in Nangarhar and targeted young men for membership in areas previously under the sway of the Taliban. The new group claims to have usurped the Taliban in five districts.
There are concerns that the emergence of ISIS could change the nature of the insurgency in Afghanistan, where 13,000 foreign troops remain following the withdrawal of most last year.
Last Update: Sep 27, 2015 5:03 pm
RELATED TOPICS