No transition period for Syria with Assad possible: PM Davutoğlu 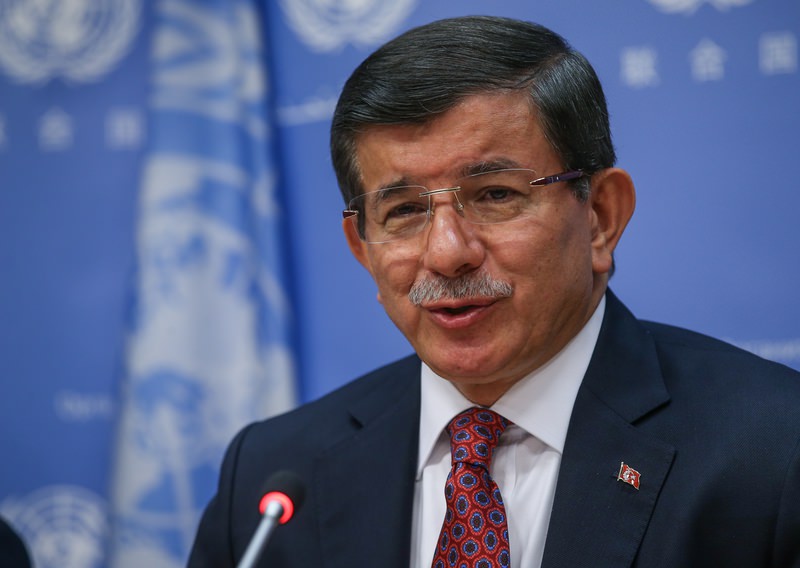 by Daily Sabah with Wires Sep 28, 2015 12:00 am
Turkey remains opposed to any political transition in Syria involving President Bashar al-Assad, Turkish Prime Minister Ahmet Davutoğlu said on Monday in an apparent clarification of its policy.

Turkey has been Assad's most outspoken critic since Syria descended into bloodshed in 2011, as it considers the Syrian dictator responsible for the violence that has killed hundreds of thousands and displaced millions more, and insisting he had to be removed.

But last week, Turkish President Tayyip Erdoğan floated the idea that Assad could be part of a transitional period. He later said his comments did not represent a policy change.

Davutoğlu, in New York to attend the United Nations General Assembly, said that Turkey would accept whatever political solution Syrians choose, but it could not include Assad.

"We have the conviction that with al-Assad in charge during the transition period, that transition period would no longer be transitory. We believe that this situation would turn into a permanent status quo. Our conviction on this matter hasn't changed," Turkish premier added.

Ankara has long maintained that removing Assad is critical to solving the humanitarian crisis in Syria. Turkey is home to the world's largest refugee population with more than 2 million.

"We are ready to cooperate with any country to fight ISIS," Davutoğlu said, and added that it is crucial to have solidarity with all countries, including Russia to ensure that the transition period in Syria procedes peacefully.

Davutoğlu later met with the leaders of the U.S. and Russia to discuss developments in Syria.

The summits were held during a luncheon hosted by UN Secretary General Ban Ki-moon in New York on the sidelines of the UN General Assembly meetings.

While Prime Ministry sources did not provide details about of the meetings with Barack Obama and Vladimir Putin, they confirmed that the Turkish premier also met Iraqi Prime Minister Haider al Abadi and Lebanese Prime Minister Temmam Salam.

Sources said the Turkish Foreign Minister Feridun Sinirlioğlu and the head of Turkish intelligence service, Hakan Fidan, were present during the 35-minute meeting with Abadi.

Davutoğlu's meeting with his Lebanese counterpart at UN headquarters lasted for 20 minutes.

No details about the content of the meetings have been released.