US warns Russia against striking non-ISIS targets in Syria 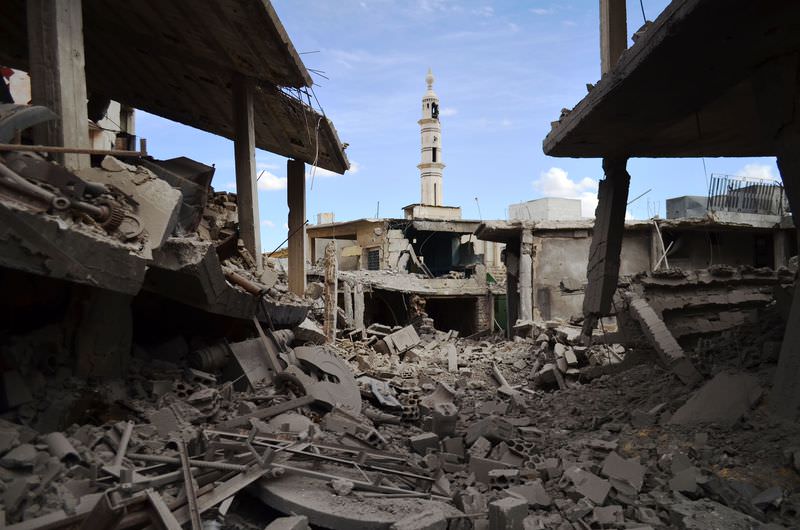 by Associated Press Oct 01, 2015 12:00 am
Defense Secretary Ashton Carter said Wednesday that the Russian airstrikes in Syria appear to have targeted areas that do not include ISIS fighters, a development which Secretary of State John Kerry said would cause "grave concern" for the United States.

Kerry told the United Nations Security Council that the U.S. would not object to Russians hitting ISIS or al-Qaida targets but airstrikes just to strengthen the hand of Syrian President Bashar Assad would be worrisome.

"It does appear they were in in areas where there probably were not ISIL forces," Carter said of the Russian airstrikes, using an alternative acronym for ISIS. "The result of this kind of action will inevitably simply be to inflame the civil war in Syria."

Carter said he couldn't confirm reports that the Russian strikes may have hit civilians, but said, "if it occurred, it's yet another reason why this kind of Russian action can and will backfire very badly on Russia."

Carter's comments triggered a dismissive response from Russian Foreign Minister Sergey Lavrov, who told reporters flatly, "Don't listen to the Pentagon about the Russian strikes" and referred them to the Russian defense ministry website.

The top national security officials spoke as Russia launched its first airstrikes in Syria targeting what it said were ISIS positions. On Wednesday, some U.S.-backed rebel groups claimed they were hit by Russian airstrikes but those claims could not be confirmed.

A key unanswered question, however, is what the U.S. will do if the Russian airstrikes target moderate Syrian rebel groups working with the coalition in the fight against the ISIS. Asked directly if the coalition would protect the U.S.-trained or aligned groups, Carter did not answer.

Instead, Carter said the strikes highlight a contradiction in Russia's approach. He said the Russians should not be supporting the Assad government, and their military moves are "doomed to fail."

Carter also expressed disappointment that the Russians did not use formal channels to provide the U.S. with advance notice of its airstrikes, but instead sent an official to the U.S. Embassy in Baghdad for what he characterized as an unprofessional "drop-in."

"By supporting Assad and seemingly taking on everyone who is fighting Assad, you're taking on the whole rest of the country of Syria," Carter said. "That is not our position. At least some parts of the anti-Assad opposition belong in the political transition going forward. That's why the Russian approach is doomed to fail."

He added that more formal talks with the Russians should get under way "within days."

White House spokesman Josh Earnest said the new action "calls into question their strategy, because when President Putin and President Obama had the opportunity to meet at the U.N. earlier this week much of their discussion was focused on the need for a political transition inside Syria."

Kerry said Russian operations must not support Assad or interfere with those of the U.S.-led coalition that is already attacking ISIS targets. He called for an urgent start to military-to-military talks to prevent any kind of conflict between Russia and the coalition, suggesting they begin this week.

"If Russia's recent actions and those now ongoing reflect a genuine commitment to defeat (the ISIS) then we are prepared to welcome those efforts and to find a way to de-conflict our operations and thereby multiply military pressure on ISIL and affiliated groups," Kerry said. "But we must not and will not be confused in our fight against ISIL with support for Assad."

"Moreover, we have also made clear that we would have grave concerns should Russia strike areas where ISIL and al-Qaida affiliated targets are not operating," he said. "Strikes of that kind would question Russia's real intentions fighting ISIL or protecting the Assad regime."

Lavrov followed Kerry, saying Russia is ready to "forge standing channels of communication to ensure a maximally effective fight." He listed countries with a key role to play in resolving the chaos in Syria, including Iran, Russia, Saudi Arabia, Turkey, Egypt, Jordan, Qatar , the U.S. and China.
Last Update: Oct 01, 2015 1:20 am
RELATED TOPICS