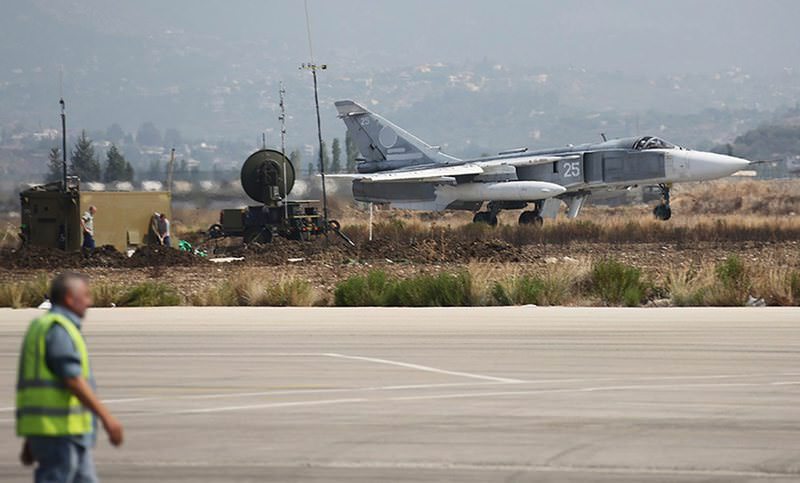 by Daily Sabah with AA Oct 07, 2015 12:00 am
Russian airstrikes in Syria hit at least three medical facilities in two days, a rights group said Wednesday, adding that the attacks constitute a war crime.

New York-based Physicians for Human Rights said Russian strikes worsened an already dire situation for civilians living in areas where the health system had been systematically attacked by the Syrian regime.

"[President] Bashar al-Assad's forces have been relentlessly attacking Syria's health care system for the past four years and the Russian government is now following in their footsteps," said Widney Brown, the group's director of programs.

Russia began airstrikes in Syria last week to prop up the Assad regime, whose forces have been accused of killing tens of thousands of Syrians with indiscriminate attacks, including by using toxic chemicals and barrel bombs.

Moscow insists it is targeting only ISIS and other terrorist groups, but Western countries and opposition groups say some of its airstrikes have targeted civilians and Western-backed moderate opponents of the Assad regime.

"These attacks are inexcusable. Claiming that the fight is against terrorists does not give any government the right to tear up the laws of war, which specifically protect health workers and facilities," Brown said. "With these actions, Russia is damaging hospitals, putting patients and medical staff at risk, and depriving civilians of life-saving access to health care."

The rights group said the three medical facilities hit by Russian attacks are located more than 48 kilometers (30 miles) from the nearest Daesh-controlled territory.

"Regardless of location or who the medical staff treat, targeting a medical facility is a war crime," it said.

Elise Baker, a program associate for investigations at the group, told Anadolu Agency that the three reported incidents occurred in the cities of Hama, Idlib and Latakia on Oct. 2-3.

The attack on a field hospital in the village of al-Latamneh in Hama on Friday left multiple medical staff members injured, Baker said, adding that no casualties were reported from the attacks.

The group has documented more than 300 attacks on hospitals and the deaths of 670 health workers in Syria since the start of the conflict in March 2011.

"Syrian government forces have been responsible for more than 90 percent of these attacks, each of which constitutes a war crime", says the group.
Last Update: Oct 08, 2015 12:06 am
RELATED TOPICS