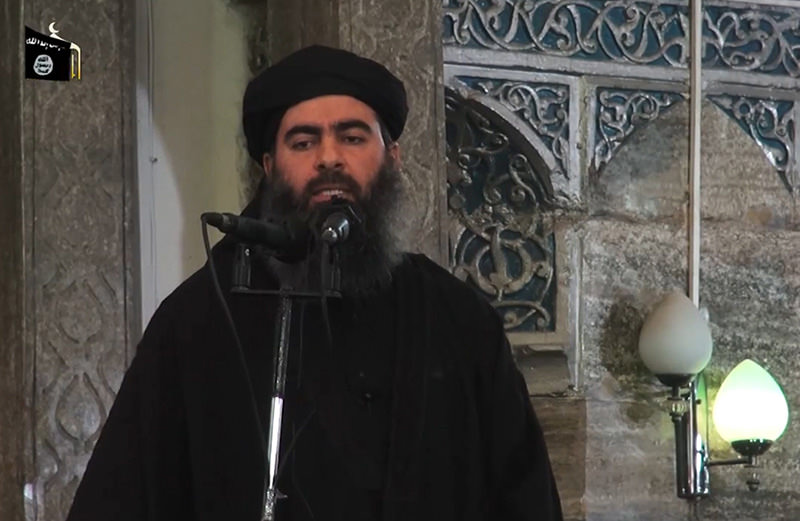 by reuters
Oct 11, 2015 12:00 am
The Iraqi air force struck a convoy of ISIS leader Abu Bakr al-Baghdadi in western Anbar province close to the Syrian border on Sunday, a military statement said.

The fate of the terrorist leader, who has declared himself the leader of a state in areas his terror group controls in Iraq and Syria, is unknown, the military said.

"Iraqi air forces have bombed the convoy of the terrorist Abu Bakr al-Baghdadi while he was heading to Karabla to attend a meeting with Daesh commanders," the statement read, using the Arabic acronym for ISIS.

The military said the air force bombed a location where Baghdadi was planning to meet ISIS commanders.

"The location of the meeting was also bombed and many of the group's leaders were killed and wounded. Fate of murderer al-Baghdadi is unknown and he was carried away by a vehicle. His health condition is still unclear," the military said.

A later report by Reuters quoting local residents and hospital sources stated that Isome SIS leaders were killed in the airstrike in western Iraq, however, Baghdadi was not among them.

ISIS has seized swathes of Syria and Iraq in summer of 2014 and in June declared a caliphate over territory it controls.
Last Update: Oct 11, 2015 10:03 pm