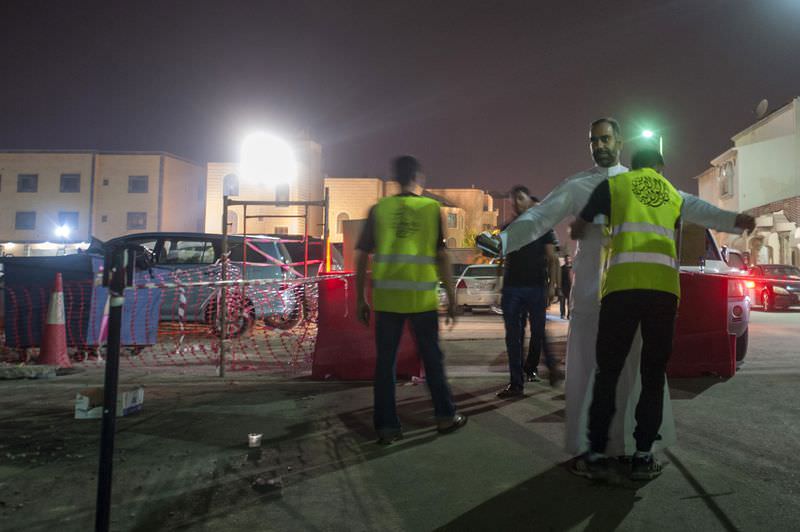 by Compiled from Wire Services
Oct 16, 2015 12:00 am
A gunman shot dead five people at a Shiite gathering in eastern Saudi Arabia on Friday before police gunned him down, the interior ministry said.

A group claiming affiliation with ISIS said it carried out the attack, the latest in a series of bombings and shootings linked to the group in Saudi Arabia over the past year.

The murders, in the Qatif area of Eastern Province, came two days after the start of commemorations of Ashura, one of the holiest occasions for the Shiite faith, a minority in Sunni-dominated Saudi Arabia.

"As result of his shooting, five citizens... were killed, including a woman. Nine others were wounded," an interior ministry spokesman said in a statement.

He said that at about 7:00 pm (1600 GMT) Friday a suspect with an automatic weapon "started to shoot randomly" at Al-Haidaria hussainiya in the Saihat area of Qatif city.

A hussainiya is a Shiite hall used for commemorations.

Police intervened and opened fire, killing the suspect, the spokesman said without giving details about the attacker.
"The situation is still under investigation," he said.

State television earlier reported that the gunman was 20 years old.
A group calling itself the "Bahrain State" said in a communique that one of its "soldiers", Shughaa al-Dosari, "attacked a Shiite temple with an automatic weapon" in Saihat.

It warned that "infidels will not be safe" in the Arabian peninsula.

The interior ministry said that unprecedented incident had links to ISIS.

A witness to Friday's attack, Ali al-Bahrani, told AFP that "a gunman began randomly shooting at people attending a sermon."
He said that a woman was killed.

Hussein al-Nemr, a local resident, said the shooting was one of three incidents on Friday evening.

Nemr, speaking from Saihat, said a gunman had stolen a taxi in neighbouring Dammam city, and a shooting also occurred at a mosque in Saihat but nobody was injured there.
"We are not sure yet if they are linked to each other," he told AFP, adding ISIS had warned of attacks.

Since the start of Ashura commemorations Shiite security volunteers had been checking people at the entrances to houses of worship, Nemr said.

Security has been tightened at Shiite facilities since May when separate suicide mosque bombings killed 25 people.

Both attacks were claimed by ISIS.

Most Saudi Shiites live in the oil-rich east, and many complain of marginalisation.

The Ashura commemorations -- which peak late next week -- mark the killing of Imam Hussein, the grandson of the Prophet Mohammad (Peace Be Upon Him), by the army of the Caliph Yazid in 680 AD. That event lies at the heart of Islam's divide into Shiite and Sunni sects.

ISIS, which has also targeted Saudi police, controls swathes of neighbouring Iraq and Syria where it has carried out widespread abuses.

Saudi Arabia and its Sunni Gulf neighbours last year joined a United States-led military coalition that is bombing ISIS in Syria and Iraq.

In July, the interior ministry said it had broken up an ISIS-linked network and arrested more than 430 suspects involved in attacks and plots.

"The reality is that they are shedding Muslim blood and destroying Islam. There is no good in them," he said during weekly prayers at the Imam Turki bin Abdullah mosque in Riyadh.

"They are neither an Islamic state nor mujahedeen or Islamic mercenaries. Their faith is falsehood... their reality is bloodshed and looting," he added
Last Update: Oct 17, 2015 2:19 am