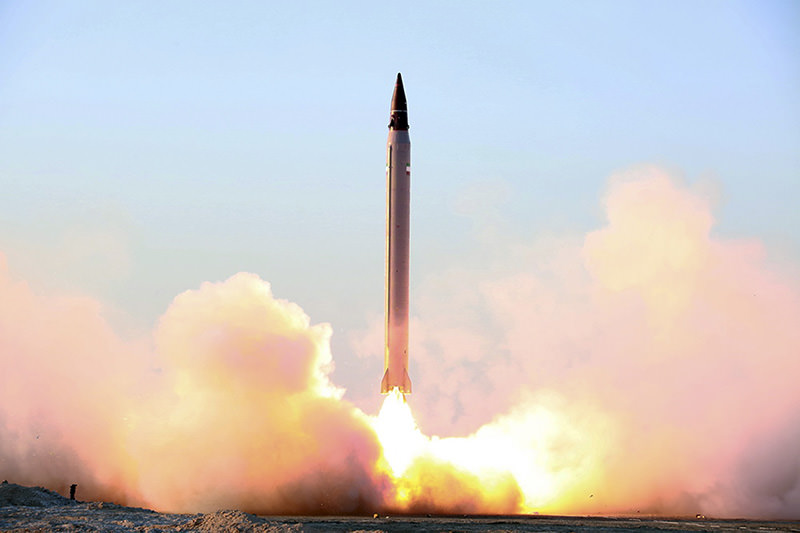 Power said that after reviewing available information, the United States has confirmed that the medium-range ballistic missile launched on Oct. 10 was "inherently capable of delivering a nuclear weapon." She said this violated a U.N. Security Council resolution adopted on June 9, 2010 which imposed a fourth round of sanctions on Iran.

It was Iran's first missile test since the historic nuclear deal reached July 14 between Iran and world powers. While condemning the ballistic missile test, the United States has made clear that it is "entirely separate" from the nuclear deal, which is aimed at preventing Iran from developing atomic weapons.

President Barack Obama said Friday the Iran nuclear deal was never intended to resolve the range of other issues where the U.S. and Iran have significant differences, including ballistic missiles.

He said the U.S. would continue to put pressure on Iran to make clear there are costs for its bad behavior. But he said those efforts wouldn't be any more effective if the U.S. hadn't entered into a nuclear accord with Iran.

"Iran has often violated some of the prohibitions surrounding missile testing," Obama said.

Power said the United States is preparing a report to the Security Council committee that monitors sanctions against Iran. She did not specify what action the U.S. would seek.

"The Security Council prohibition on Iran's ballistic missile activities, as well as the arms embargo, remain in place and we will continue to press the Security Council for an appropriate response to Iran's disregard for its international obligations," she said in a statement sent to The Associated Press.

Shortly after the launch, White House press secretary Josh Earnest said Iran likely violated U.N. sanctions. But he stressed that Iran has abided by its commitments made during the nuclear talks that led to the historic deal.

Iran's U.N. mission did not have an immediate comment Friday. Previously, Iran has said none of its missiles are designed to deliver nuclear weapons.

Iran's Defense Minister Gen. Hossein Dehghan, told state television after the launch that the liquid-fuel missile "will obviously boost the strategic deterrence capability of our armed forces." He said the missile, named Emad or pillar in Farsi, was a technological achievement for Iran able to be controlled until the moment of impact and to hit targets "with high precision."