US likely to extend defense aid to Israel amid unabated conflict 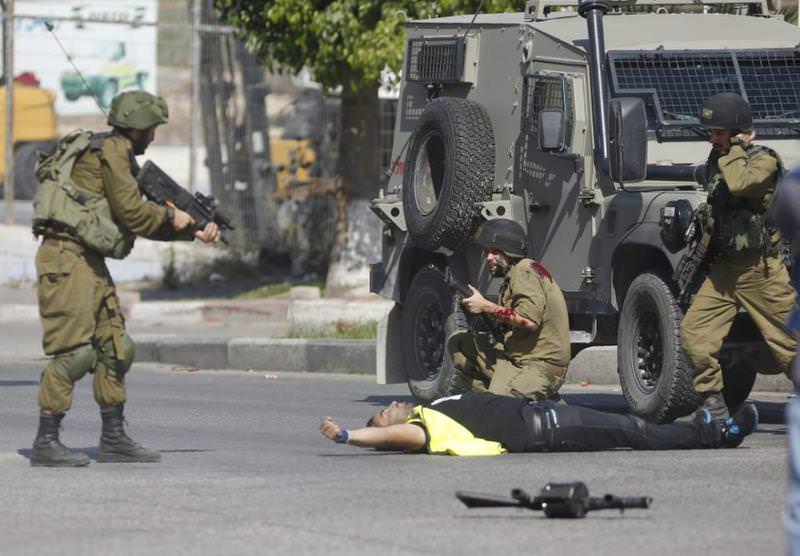 Israeli and U.S. officials said the frozen U.S. defense aid to Israel may be raised and extended for 10 more years while the conflict between Israelis and Palestinians intensifies

Israel and the United States have resumed talks on future defense aid that Prime Minister Benjamin Netanyahu suspended in protest at the Iran nuclear deal, the Israeli ambassador to Washington said on Sunday. The allies had been looking to agree on a 10-year aid package to extend the current U.S. grants to Israel worth $3 billion annually, which are due to expire in 2017. But Netanyahu froze negotiations ahead of the July deal reached between Iran and world powers, which Israel deems insufficiently stringent. "With the nuclear deal now moving ahead, Israel is also moving ahead, hoping to forge a common policy with the United states to address the continuing dangers posed by Iran," Ambassador Ron Dermer said in a Facebook post. "Discussions over a new Memorandum of Understanding between Israel and the United States, which had been on hold for some time, resumed this past week in Washington," he said, using a term for the defense-aid agreement.

Before the suspension, the two sides were close to a new package of grants worth $3.6 billion to $3.7 billion a year, U.S. and Israeli officials have said. They have predicted that the amount could rise further as Israel argues that it needs more aid to off-set a likely windfall for Iran in sanctions relief which might be used to finance anti-Israel guerrillas.

The top U.S. military officer, Marine General Joseph Dunford, arrived in Israel on Saturday for a visit that Dermer said would include defense-aid discussions. He added that Israeli Defence Minister Moshe Yaalon, visiting Washington later this month, would pursue those talks, as would Netanyahu when he meets U.S. President Barack Obama in the White House on Nov. 9. "Israel hopes that the discussions we are now engaged in will culminate in a long-term agreement that will dramatically upgrade Israel's ability to defend itself by itself against any threat and enable Israel to address the enormous challenges we now face in the region," Dermer said.

While the U.S. signals that the defense aid may be raised and extended for 10 more years, the tensions between Israelis and Palestinians continue. As Israel tightens security measures, 43 Palestinians were killed in less than a month while seven Israelis lost their lives.

The Israeli military removed dozens of Jewish worshippers Sunday who clashed with Palestinians after illegally entering a biblical shrine in the West Bank that was recently torched by Palestinians. The military said some 30 Jews descended upon the Joseph's Tomb compound in Nablus, a site revered by Jews as the tomb of the biblical figure Joseph. The area is under full Palestinian control but Jewish prayer is permitted there when coordinated with authorities. The military said Sunday's visit was not, and the worshippers had no permit. When they arrived they were confronted by Palestinians and a violent clash ensued. In consultation with Palestinian security forces, the military extracted the worshippers. One of them was lightly wounded and five were taken for police questioning. On Friday, Palestinian assailants firebombed the West Bank compound, the first assault on a religious site. Palestinian President Mahmoud Abbas condemned the attack and United Nations Secretary-General Ban Ki-moon said extremists were trying to turn the current conflict into a religious one. Sunday's incident comes after another bloody day in which Palestinian assailants carried out five stabbing attacks against Israelis in Jerusalem and the West Bank. Meanwhile, four Palestinians were shot dead and a fifth wounded in attacks on Israelis in east Jerusalem and the West Bank.

Israel has taken unprecedented steps in response to the attacks. It has deployed soldiers in Israeli cities and erected concrete barriers outside some Arab neighborhoods of east Jerusalem, where most of the attackers have come from. Ordinary citizens have also increasingly taken up arms to protect themselves. Palestinians said the roadblocks are collective punishment and ineffective in deterring attackers since those with bad intentions would try to reach Jewish neighborhoods through dirt roads anyway.