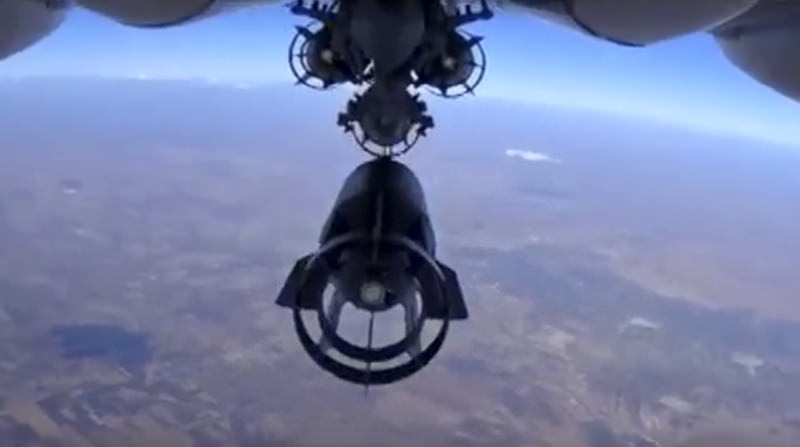 by French Press Agency - AFP
Oct 21, 2015 12:00 am
At least 13 people including medical staff were killed when Russian warplanes struck a field hospital in northwestern Syria, the Syrian Observatory for Human Rights said Wednesday.

"Thirteen people were killed in Russian air strikes on Tuesday on a field clinic in the town of Sarmin, including a physiotherapist, a guard, and civil defence member," the Observatory's Rami Abdel Rahman told AFP.

Sarmin lies in the northwestern province of Idlib, which has been regularly targeted by Russia's military since the beginning of its air war in Syria on September 30.

The clinic was run by the Syrian-American Medical Society, whose staff confirmed that strikes had "severely damaged" the facility.

"Our initial reports from the ground show that we have lost two hospital staff, a physiotherapist and a nurse," the staffer said in an emailed statement.

Speaking on condition of anonymity, she did not specify whether the strikes were conducted by Russian warplanes.

Russia's defence ministry said on Wednesday that its armed forces had targeted Sarmin, but did not mention the hospital.
Russia has conducted more than 500 strikes against what it says are ISIS terrorists.

But Moscow has come under fire for targeting non-extremist groups and inflicting civilian casualties.

On Tuesday, the Observatory said at least 127 of the 370 killed so far in Russia's aerial war are civilians.

It documented Russian bombardment of field hospitals in coastal Latakia and central Hama on October 2.

In an online statement, SAMS said Russian air strikes the same day hit a field hospital it operated in Hama, "causing severe damage to the facility" and wounding staff.

Journalist and activist Maamun al-Khatib told AFP that Russian raids had struck two hospitals in the northern province of Aleppo in the past week.