Assad has no political future in Syria: German Chancellor Merkel 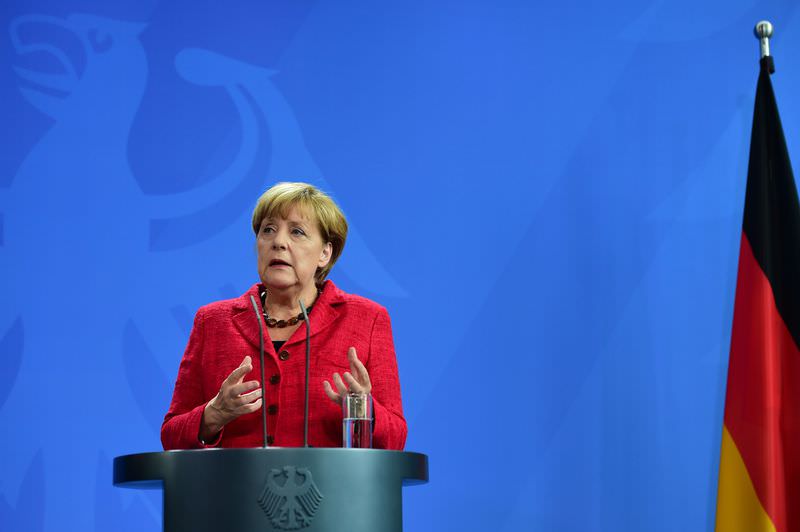 by Daily Sabah with AA Oct 22, 2015 12:00 am
German Chancellor Angela Merkel has urged Russia to use its influence over the Syrian regime to stop attacks against civilians and work towards a political solution, but also underlined that the Syrian dictator al-Assad cannot have a political future in the country.

"Al-Assad has to stop hitting its own people with barrel bombs and I hope that Russia will work for this as well. And secondly, everything has to be done in order to prevent tragedy in Aleppo and around Aleppo," Merkel said at a press conference with Israeli Prime Minister Benyamin Netanyahu in Berlin.

"The opponent, the enemy has to be ISIS, and not the Syrian people," she stressed.

Her remarks came after al-Assad paid a surprise visit to Russian President Vladimir Putin in Moscow on Tuesday, as Russia has strengthened its military involvement in Syria.

Merkel urged Russia to help a political solution and direct its military operations to ISIS.

"We are trying to use our means in order to bring about a peaceful settlement in Syria. But it seems that this goal cannot be achieved very quickly," Merkel said.

"But still a political solution is absolutely essential, and here a man such as Assad will certainly not have a political future. What we have to do is to reduce, as much as possible, the suffering of people there and fight ISIS," she stressed.

Turkey and several western countries, for their part, accuse Russia of targeting moderate groups in Syria opposed to Assad, many of which are supported by Ankara and Washington.

At least 250,000 people have been killed since the Syria conflict began in 2011, according to UN figures, with 7.6 million internally displaced and over four million having fled to nearby countries.
Last Update: Oct 22, 2015 4:15 pm
RELATED TOPICS