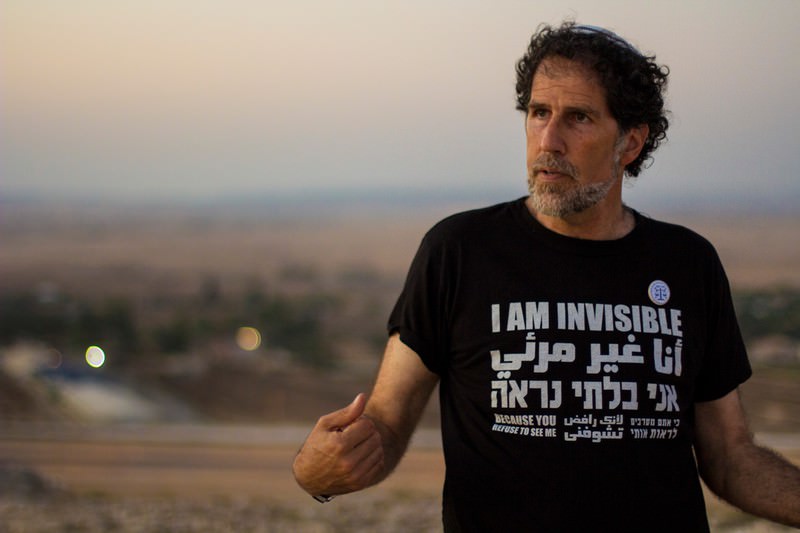 by Daily Sabah with AP Oct 23, 2015 12:00 am
Video footage emerged on Friday showing a masked man, presumed to be an Israeli extremist, attacking the head of Rabbis for Human Rights with a knife and scuffling with him in the West Bank.

It shows the man threatening Rabbi Arik Ascherman of the Israeli group Rabbis on Friday afternoon, then pulling out a knife and making stabbing gestures with it. The masked man throws stones, kicks and wrestles Ascherman to the ground before running away.

Ascherman told Channel 2 TV that "One of the masked Israelis ran toward me with big stones, started to throw stones and pulled out a knife. After a short struggle he ran away."

According to the station, the rights group was helping Palestinians harvest olives in the northern West Bank when they were harassed by Israeli extremists. It said police have opened an investigation.

The website of Rabbis for Human Rights states: "Our presence in the groves with the farmers helps keep them safe, as extremists are far less likely to cause problems when they know Israelis and internationals are present."

Earlier in the day, an Israeli human rights group also released security camera footage showing several Israeli soldiers beating and kicking a Palestinian man for several minutes as he lies curled up in a defensive position on the floor of a storage room.

Israel's military says an initial inquiry of security camera footage capturing Israeli troops as they kick and beat a Palestinian man shows they "did not act in accordance with the standards."

The army says it's still investigating.

The group B'Tselem said Friday that the footage is of an Oct. 6 incident in the West Bank town of el-Bireh. The group says 25-year-old Ansar Aasi was at work in the storage room when clashes between Palestinians and Israeli soldiers erupted nearby.

The video begins with him carrying a box into the storage room. He is then seen standing at the door, looking outside. Suddenly, Israel soldiers rush toward him, beat him repeatedly and drag him outside.

B'Tselem says Aasi required medical treatment and was detained for five days after soldiers alleged he had thrown stones. The group says he was only released after police viewed the security camera footage.