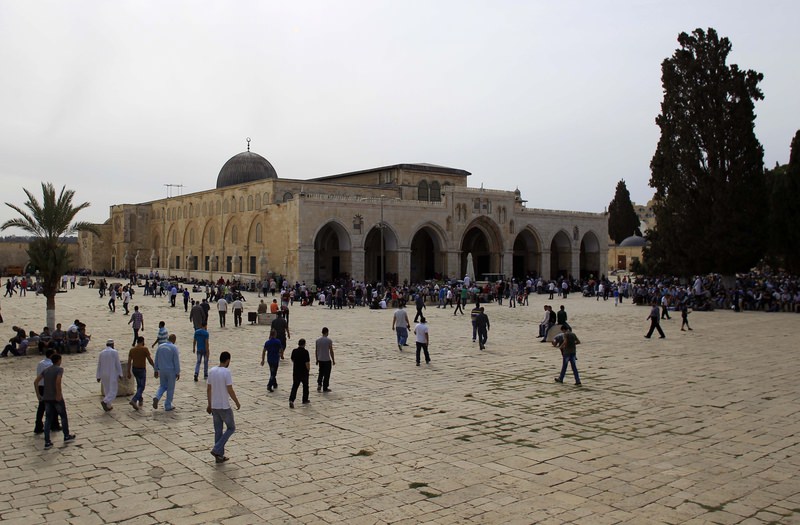 While thousands of Muslims prayed without incident at the ultra-sensitive site, young Palestinians clashed with Israeli police in the occupied West Bank and Gaza Strip, leaving scores injured by Israeli gunfire, according to emergency services.

The international community has scrambled to defuse a wave of violence that many fear heralds a Palestinian uprising, and UN Secretary-General Ban Ki-moon said it was time for Israeli and Palestinian leaders to meet face to face.

"There is no substitute to direct talks," he said after meeting Israeli Prime Minister Benjamin Netanyahu and Palestinian president Mahmud Abbas.

US Secretary of State John Kerry held long talks with Netanyahu in Berlin on Thursday, voicing hope that "we can seize this moment and pull back from the precipice".

The top American diplomat is due to hold talks with Abbas and Jordan's King Abdullah II at a meeting in Amman on Saturday.

Kerry, his Russian counterpart Sergei Lavrov, EU foreign policy chief Federica Mogherini and Ban -- members of the Middle East peacemaking Quartet -- met on Friday in Vienna and issued a call for Israel to work with Jordan, historic steward of the Al-Aqsa compound.

A Quartet statement called for "maximum restraint and avoidance of provocative rhetoric and actions."

According to emergency services, 65 people, including three journalists, were hit by Israeli fire in the blockaded Gaza Strip.
The Israeli army said an Israeli woman and her two young daughters were injured in the West Bank when her car was hit with a Molotov cocktail.

The latest wave of violence erupted over the status of the Al-Aqsa mosque compound, a site sacred to both Jews and Muslims that has long been a crucible for tensions fuelling the decades-old Israeli-Palestinian conflict.

The Jordanian-run Islamic Waqf, which administers Al-Aqsa, said 25,000 Muslims attended Friday prayers after age restrictions were lifted for the first time since mid-September, when Palestinians and Israeli police clashed.

"Of course it is better but there are still checkpoints and searches. There is still no respect," said worshipper Wissam Abu Madi, 20, who said he believed a wave of attacks on Israelis would continue.
Clashes erupted during Jewish religious holidays last month as an increase in visits by Jews to the compound raised fears among Muslims that Israel was planning to change longstanding rules governing the site.

To avoid tensions Jews are allowed to visit but not pray at the site located in east Jerusalem, which was annexed by Israel in 1967.
It is managed by the Jordanian-run Waqf but Israel controls access.

Since October 1, at least 50 Palestinians and one Israeli Arab have died in clashes with Israeli police or while carrying out attacks.

One Israeli Jew and one Eritrean have also been killed after being mistaken for attackers.
Last Update: Oct 23, 2015 11:48 pm
RELATED TOPICS