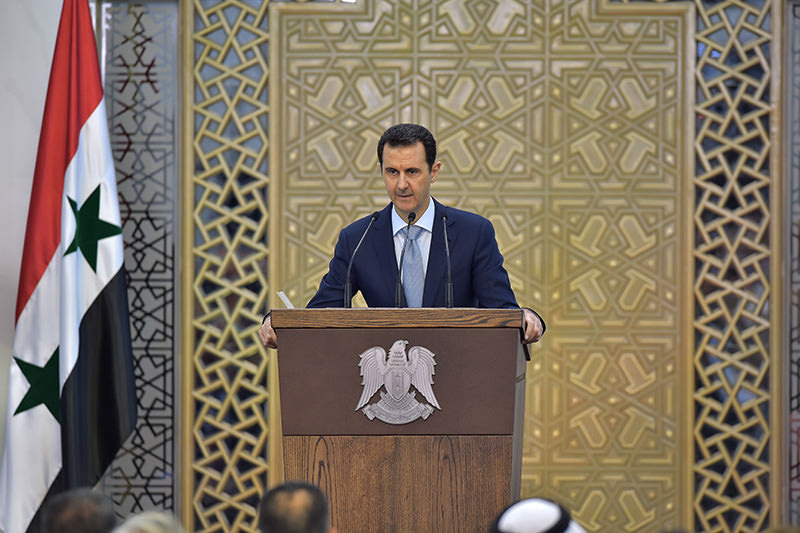 |AP File Photo
by Daily Sabah with Agencies Oct 25, 2015 12:00 am
Syria's brutal President Bashar al-Assad, who has led to the death of tens of thousands and to the misplacement of millions, has said he is ready for elections after Russia has called for elections in Syria as part of a political solution to the conflict in the war-torn country.

"He is ready to conduct elections with the participation of all political forces who want Syria to prosper," Russian lawmaker Alexander Yushchenko said by phone after meeting Assad in the Syrian capital.

Assad told Russian MP's that he is ready to hold a parliamentary election and launch a constitutional reform.

In the 2014 presidential election, Bashar al-Assad won the election with 88.7% of the votes. It was the first time in decades that more than one name had appeared on the ballot paper.

The other two candidates in the 2014 election - Maher Hajjar and Hassan al-Nouri - were not widely known and had been unable to campaign on an equal stands against Assad. Whether the election results will be any different and what will happen if Assad gets re-elected remains a big question mark.
Last Update: Oct 25, 2015 11:27 am
RELATED TOPICS